Windows 11 could bring back desktop widgets in a big way &ndash; eventually 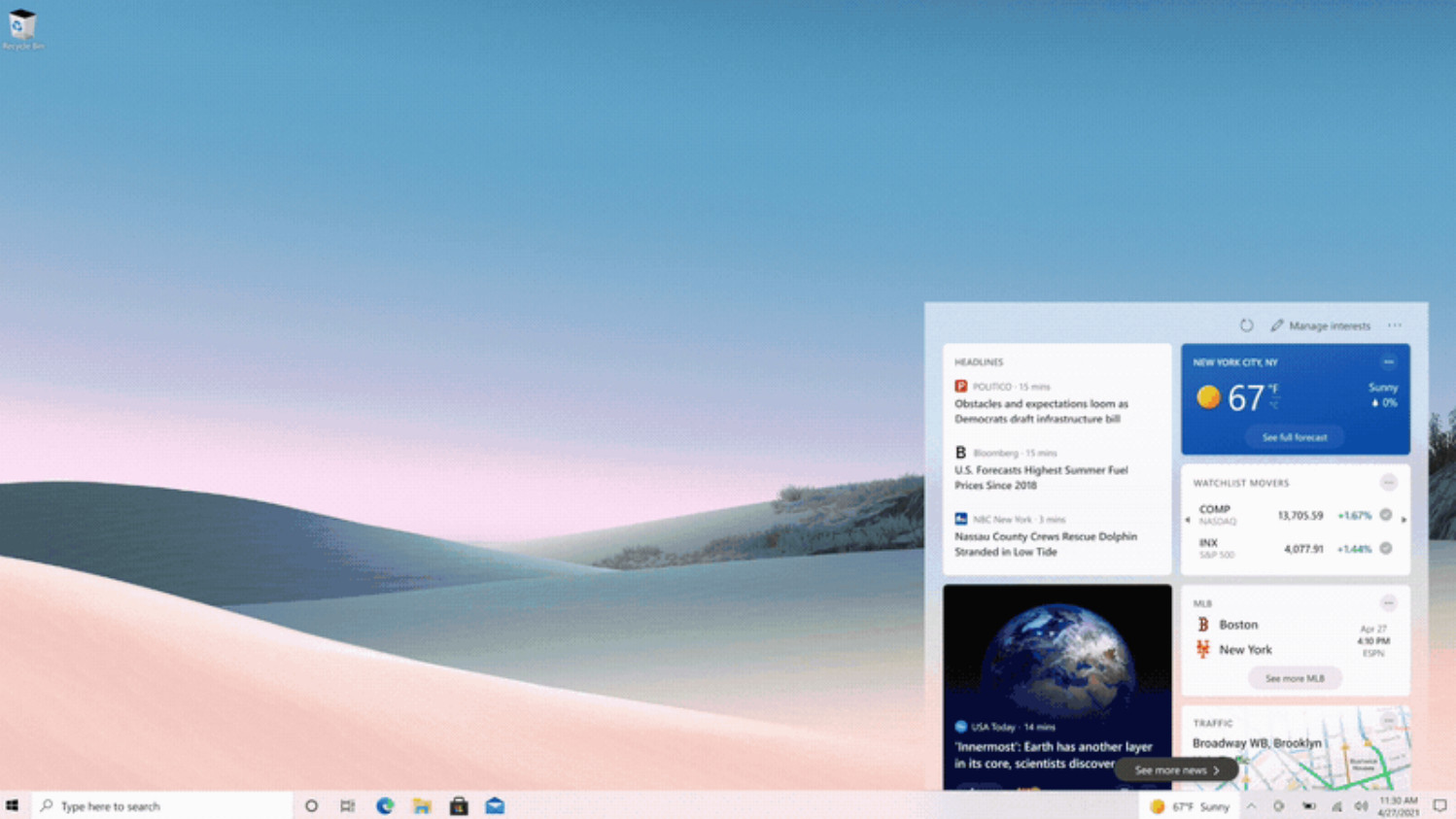 Windows 11 is apparently set to come with integrated widgets – like the ‘News and interests’ one that’s already in Windows 10 (see the pic above) – but only from Microsoft initially, although the rumor mill reckons that a whole range of third-party widgets could become available down the line.

As Neowin spotted, this rumor surfaced on Twitter courtesy of WalkingCat, a well-known and generally reliable Microsoft leaker.

So, the theory is that third-party widget support will arrive at a later date, with Microsoft effectively bringing back what we had in Windows Vista – desktop gadgets – after doing away with Live Tiles in Windows 11 (which were the effective replacement for gadgets/widgets).

There are doubters out there, as you might expect, with Rafael Rivera, a Microsoft MVP who we’ve heard from before, asserting that it looks like there won’t be any third-party widgets in the initial incarnation of Windows 11 – and noting that he isn’t so sure third-party support will ever arrive. To which WalkingCat replied: “No one can be sure, even Microsoft.”

Windows Widgets will be 1st-party only initially, with 3rd-party support comes later. https://t.co/2qPeJq6YdmJune 20, 2021

In other words, even if there is currently a plan to look at implementing third-party widgets for the Windows 11 desktop, say, next year, that may well change based on testing, feedback and so forth.

If third-party support is indeed brought in, that will obviously open up the playing field to a lot of fresh widgets, and potentially useful functionality – or pointless clutter depending on how you look at it (although obviously you don’t have to use these things, and even the recently introduced ‘News and interests’ widget now live in Windows 10 can easily be turned off).

We’ll soon know a lot more about next-gen Windows courtesy of Microsoft’s press event and big reveal which happens in just a couple of days on June 24.