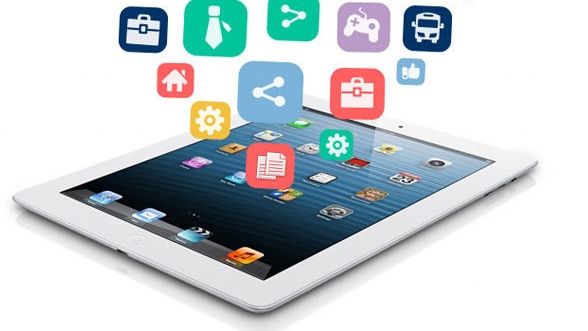 WhiteHat Jr, an online coding school of sorts that was recently taken over by Byju's for 300 million, is all over the Indian media.

As advertisements. As news --- alas, for the wrong reasons.

And, as it happens, the whole controversy has generated a lot of heat and even forced a judge of Indian court to talk about "the pressures of online learning." This will have ramifications for the entire ed-tech industry in India which has seen astronomical growth due to the lockdown and the subsequent shifting of education to online platforms in the last six months or so.

The online coding teaching institute, for its part, has filed defamation suit against two of its critics. And against one of the two, it has got a court injunction. It has also accused him of hacking its servers and trademark violation.

WhiteHat Jr and the legal cases

Pradeep Poonia, a YouTuber and techie, one who operates out of the Twitter handle @whiteHatSnr, is the one who is going hammer and tongs against the coding class platform. The 30-year-old Poonia, who is a free-education advocate, is accusing WhiteHat Jr of being a ‘ponzi scheme’. Poonia has been scathing in his criticism of the ed-tech startup’s promises and its workplace ethics. He has been stridently vocal on various social media platforms – LinkedIn, YouTube and Twitter.

WhiteHat Jr had managed to get Poonia’s LinkedIn accounts, his YouTube videos and more suspended (some of them were later re-instated), leading to the accusation that it is silencing its critics through online bullying and unfair means.

It must be pointed out here that WhiteHat Jr's ads are regular on many of these platforms.

WhiteHat Jr's management is also facing criticism that it is being with its own marketing team, some of whose members have also made some unsavoury allegations against the company's working policies and approach.

Many of the ads were scheduled during the Indian Premium League (IPL) cricket matches, which drew 7.3 billion viewing minutes and a cumulative reach of 110 million per match in the first four weeks.

Delhi Hc refused to grant a sweeping injunction against me as #WhiteHatJr wanted in their 20 Cr suitThey keep trying to silence dissent and have failed. AGAIN!Thanks to all of you who supported me! Letâ€™s continue to fight for transparent and ethical biz practices @SukumarSwathiNovember 23, 2020

WhiteHat Jr charged Poonia of hacking and trademark violation, copyright infringement aside from defamation and claimed damages worth $2.6 million.

The Delhi High Court today recognised that Poonia has the right to criticise the platform but said “some lines have been crossed” in the process.

It is not a final decision in the case. The next hearing is scheduled for January 6, 2021.

But as part of the interim injunction against Poonia, he has also been directed by the court to take down tweets which have unsubstantiated claims regarding WhiteHat Jr.

Elsewhere, WhiteHat Jr also has sued another of its critic, doctor and angel investor Aniruddha Malpani, for “incessant posting of false and defamatory tweets which are causing severe damage to WhiteHat Jr’s reputation and business through waging a systematic attack on WhiteHat Jr over social media.”

Are ed-tech companies killing themselves with their greed?

#WhiteHatJr is ruining the reputation of Indian startup founders. https://t.co/BTlB4JHKyyNovember 23, 2020

The troubles of WhiteHat Jr, and its now parent company Byju's, which is also copping a fair share of criticism in Indian media, has brought the spotlight on the working ways of companies in ed-tech sector.

These companies, sensing an opportunity for growth in these Covid-19 times, have been admittedly going overboard in trying to lure parents to enroll their children on their platforms.

At one level these companies are accused of fleecing the parents with exorbitant fees. 'Greed' is one of the words that is being bandied about in the discussions.

Some of the teachers and educators who have worked with these startups have now become vocal critics of the marketing strategies of WhiteHat Jr.

The discussion in the court today seemed to suggest that the judge was in agreement to the charge that the whole business model is an “EMI trap”.

At another, there is also question over the efficacy of teaching young children coding. The judge did talk about the the pressures of online learning.

Counsellors say ads showing a 9-year-old earning in crores can be a disservice to the child’s overall growth.

Despite the heat surrounding WhiteHat Jr, ed-tech platforms are here to stay in India. It is relevant to note here that the Indian government has made changes to the National Education Policy recently to include teaching coding at a young age in schools. Career choices in India are often decided by parents, and companies like WhiteHat Jr are targeting them assiduously. Tech-based jobs are among top career options in India.

The legal battle over WhiteHat Jr will be  doubtless long-drawn, the debate over ed-tech companies and their approach is also expected to be equally unending.