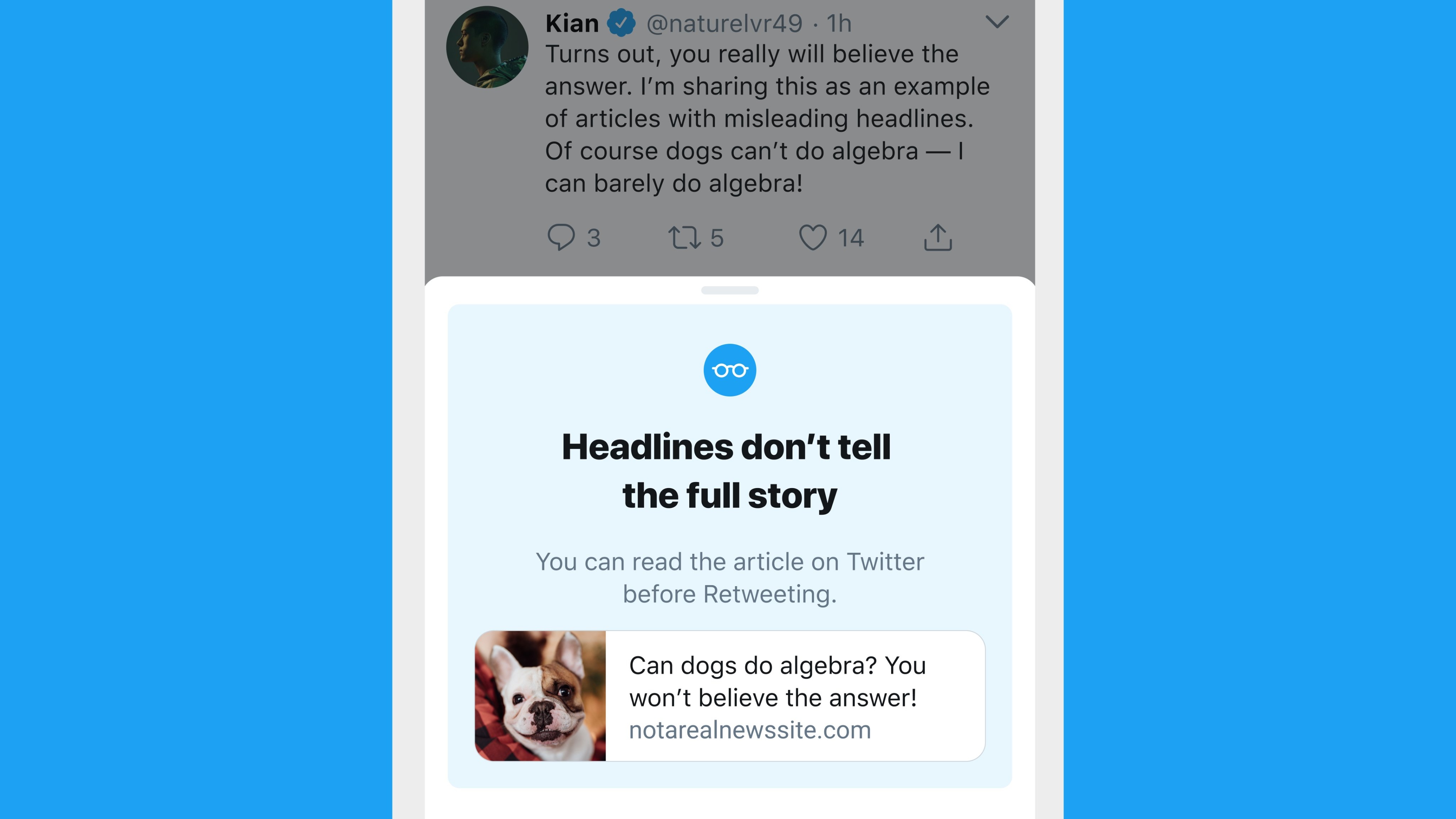 In June, Twitter started testing a new feature where it prompted users to read the stories before retweeting them. This was mostly confined to those using the app on Android platform.

After three months of running it, Twitter now says that prompt feature is working. The experiment has led to more people opening articles, and in some cases opting not to send the retweet after all.

Twitter has shared the insight into the effectiveness of the prompt, and how it's changed user behaviour when they're shown the alert.

Twitter claims people open articles 40% more often after seeing the prompt. The conclusion, it says, is more people are reading.

As per Twitter, people opening articles before retweeting increased by 33%. This, of course, means more informed tweeting.

"Some people didn’t end up retweeting after opening the article - which is fine - some Tweets are best left in drafts," Twitter said.

The numbers put out by Twitter look good. Though at one level such matter-of-fact prompts may look silly for evolved Twitter users, the fact it is effective reflects that the platform has a motley mix of users. Such prompts add value to lay users. More interestingly, not many seem to be seeing this as being intrusive.

Happy with the development, Twitter says it will push the feature out to all its users soon in an effort to encourage more informed tweeting.

"Working on bringing these prompts to everyone globally soon," Twitter said.

"Making the prompt smaller after you’ve seen it once, because we get that you get it," it added.

Once rolled out to all, Twitter will throw up a prompt noting that “headlines don’t tell the full story,” when users retweet a link they haven’t opened in the app.

This season, Twitter is trying out a variety of changes.

After Fleets ,Twitter was said to test out a feature to allow users to respond with emojis on the regular timeline. Then it was audio tweets for iOS users.  Twitter also released a new list search option to all users to help them discover new lists and add them to their feed.

Also, after launching a slew of new features, the popular social networking service set out on the project to launch a subscription platform that may allow special features for paid users.