Twitter may roll out 'extra features' for paid users 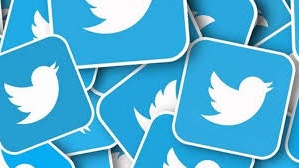 What was previously speculated as a tentative plan now seems a concrete venture. We're talking of Twitter unveiling a paid subscription service.

The social media platform has apparently unveiled a new survey for its upcoming paid subscription service that looks to give users, among others, options like edit (tweets), put out high quality videos and ability to tweet longer.

Twitter is building the subscription platform with a team codenamed “Gryphon”.

According to multiple media reports, Twitter has kicked off the survey soliciting responses to its plan for paid features like “support for profile badges, auto responses, additional social listening analytics and the ability to run brand surveys about ads”.

As per reports, the ‘Undo Send’ will provide a 30-second window for users to recall or withdraw a tweet with typos and other errors before anyone can see it.

This is apparently in response to the ‘Edit’ button that users have been demanding for years.

Also, the paid users will be able to choose more fonts and theme colours for background, links, mentions, hashtags and icons.

Paid users may get to post videos up to 5 times longer than the current default setting for videos, with a much higher maximum resolution. Other options include  a badge on user profiles that link to businesses they own or work for. Paid users may also get to write and set a menu of auto responses to use in replies.

What Paid Users May Get

Twitter is considering adding this subscription service option as a new way for generating revenue, which is not keeping pace with its expectation.

Twitter’s second-quarter earnings saw a 23% drop in advertising revenue due to the coronavirus, and the company is under pressure to look for newer monetisation plans.

Twitter has written to its shareholders that it is exploring other forms of revenue besides advertising, which include subscriptions. Twitter noted that while something like a subscription service wouldn’t happen this year, users might see tests on the platform.

“We are also in the early stages of exploring additional potential revenue product opportunities to complement our advertising business. These may include subscriptions and other approaches, and although our exploration is very early and we do not expect any revenue attributable to these opportunities in 2020," Twitter wrote in its letter.

Twitter is also asking users if theyâ€™d be willing to pay to see NO ads on social media...h/t @WFBrother pic.twitter.com/YHvKDDTHLhJuly 31, 2020

On a rollout spree

Impelled by the market, Twitter is trying out a variety of changes.

After Fleets it had another feature that prompted users to read the story before retweeting it. Twitter then was said to test out a feature to allow users to respond with emojis on the regular timeline. Then it was audio tweets for iOS users.  Twitter also released a new list search option to all users to help them discover new lists and add them to their feed.

Also, after launching a slew of new features, the popular social networking service set out on the project to launch a subscription platform.

Twitter while looking ahead has announced that it will roll out a new version of its developer API that is built from scratch and will include a lot of missing features.

Amidst all this, Twitter is also caught in a major hacking imbroglio.