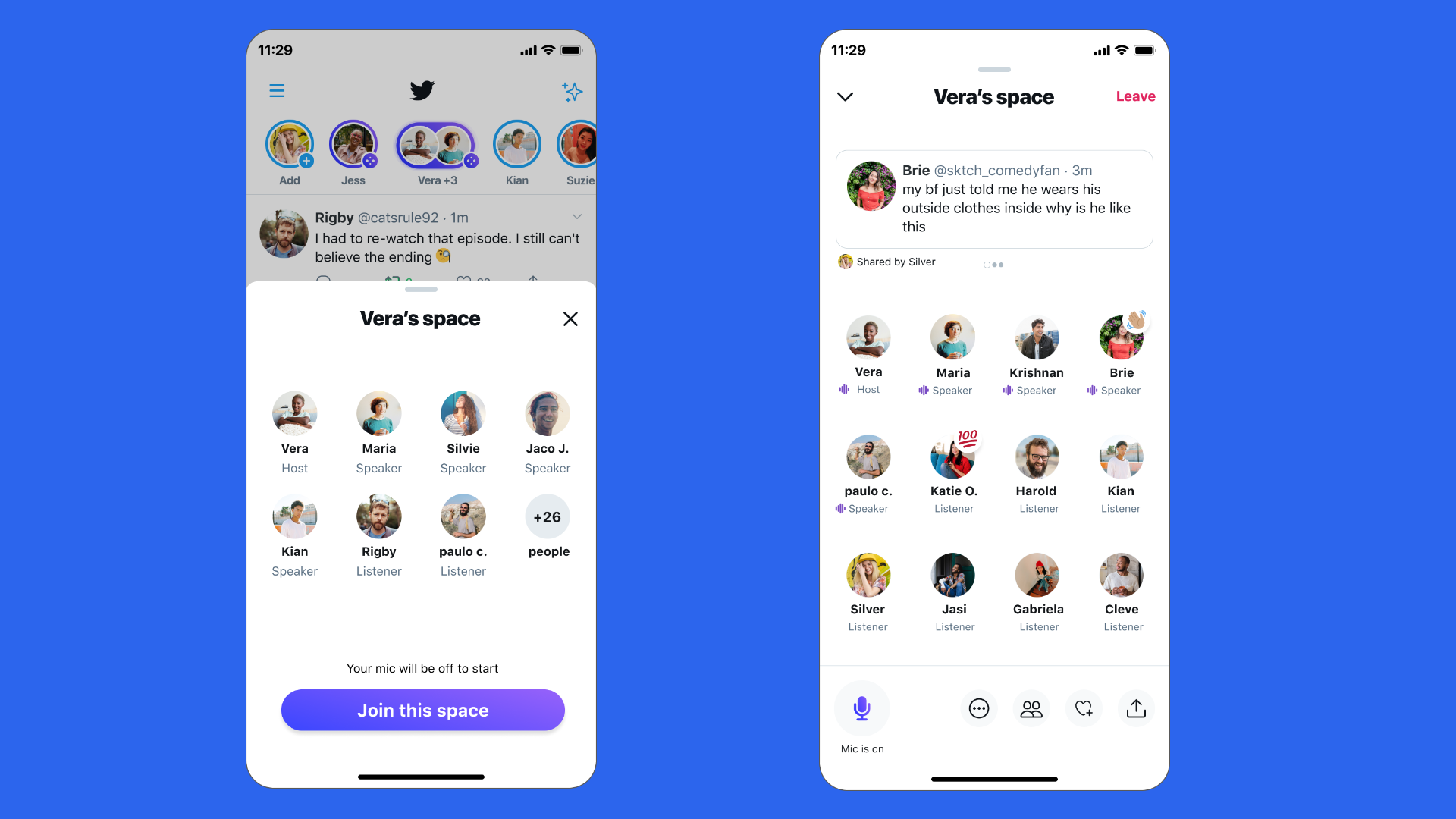 If you regularly host a Twitter Spaces room, but were frustrated that you couldnâ€™t save it for future use, Twitter has good news for you.

Back in 2020, Twitter announced the Spaces feature, where you could chat to others about any topic in a virtual room while your followers could listen in, similar to a live podcast. Itâ€™s available to use on iOS and Android where you can access it through the navigation bar, or at the top of the app if a follower is hosting one (access to Spaces when using Twitter in a web browser is still in development).

But once you were done hosting a Spaces room, there was no way to save the chat as a file and upload it to a podcast feed for those who may have missed out on the discussion.

However, there will soon be a â€˜Record Spacesâ€™ option when youâ€™re about to chat. Once youâ€™re finished with the Space, Twitter will hold it for 30 days, or you can download it as an audio file, which opens up many possibilities.

Having a local audio file is the natural next step for Spaces. With apps such as Clubhouse offering similar features but having fallen into obscurity recently, Twitter has an opportunity to make its own mark in distributing Spaces as podcasts.

While the company has been testing Ticketed Spaces, which is a way of paying for access to Spaces in order to listen or to add to the conversation, exporting Spaces to an audio file can make the process of creating a podcast much easier for new users.

Another update on Spaces Recording:The option for hosts to record is now available for everyone on Android and iOS! When starting a Space, tap the â€œRecord Spaceâ€ switch to have it available for public playback for 30 days once the Space has ended. pic.twitter.com/fYzaOjQJlFJanuary 13, 2022

Spaces offer an easy way for a discussion to be held about a certain topic, without having to set up Skype or Zoom, though you would still need to use another program to record the conversation. Spaces can cut these steps further now, with the offering of recording, but it also lowers the barrier for anyone on the social media platform to try their hand at podcasting about their favorite topic.

Users can become speakers and leaders of their own Twitter Spaces. They can be inspired to host their own Spaces to talk about other topics that theyâ€™re passionate about while meeting new followers who share the same interest.

This alone gives Twitter a big opportunity and could open up a new avenue to make Spaces a great platform for its own curated podcast library. But for many users, it could also go some way towards making the platform fun â€“ and genuinely useful â€“ once again.