Thunderbolt 4: What you need to know about next generation connectivity 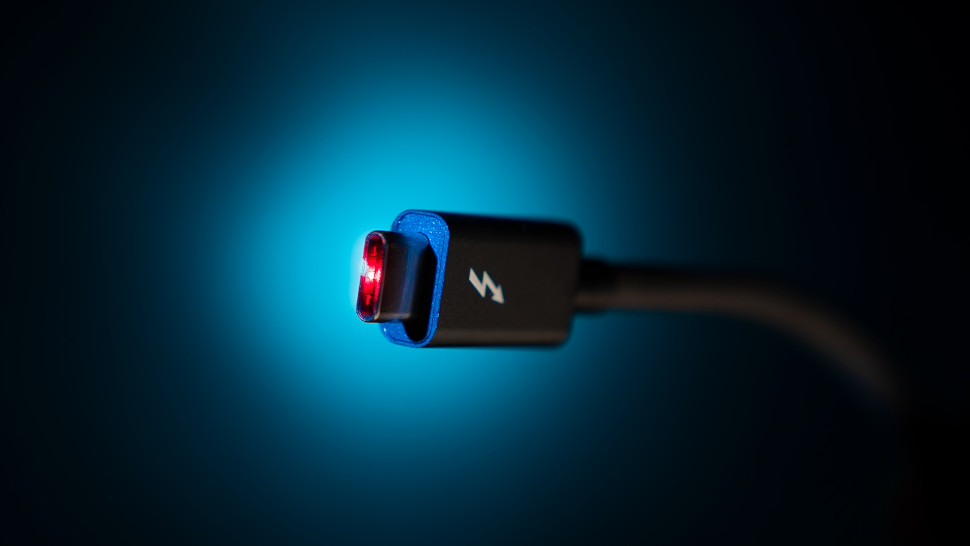 In January of 2020, Intel announced the next generation of their ground-breaking Thunderbolt technology, Thunderbolt 4, at one of the most important technology and innovation conferences in the world, CES.

Bringing together the fastest speeds, most advanced protocols, and dependable standardization, Thunderbolt 4 has been pegged as the “most complete version of USB-C", offering a top tier user experience and “unrivalled simplicity.”

With Thunderbolt 4 laptops hitting the market and many more devices arriving in the coming months, it’s time to get to know the technology and understand its true performance capabilities.

At first glance, Thunderbolt 4 may not seem very different from its predecessor, Thunderbolt 3. It still uses the USB-C connector, the standard Lightning Bolt icon, and continues to offer the fastest speeds at 40Gbps. But beneath that, it provides greater confidence through an increase in the minimum required performance standards, more productivity possibilities for accessories, and USB4 compatibility.

What Thunderbolt 4 means for you and your business

While the primary advantage of Thunderbolt will always be its 40Gbps speeds and diverse capabilities, the true standout feature of Thunderbolt 4 is its ability to simplify, even further, connectivity and compatibility for users. Through mandatory certification and increasing the minimum performance requirements for a Thunderbolt 4 host device, Intel is ensuring customers can buy their device with confidence knowing it will fully deliver all that Thunderbolt promises.

As businesses continue to gravitate towards mobile friendly and work-from-home environments, Thunderbolt equipped laptops provide a one-size fits all solution they can rollout across their organization. While remaining thin and lightweight, laptops equipped with Thunderbolt 4 provide access to several protocols including DisplayPort 1.4, PCIe 4.0, and USB4, all through a single port. This allows your IT team to design custom workstations that meet the changing demands of employees and your organization. Users that could benefit include:

Thunderbolt 4 introduces the possibility for IT professionals to streamline their infrastructure and standardize their entire office on the same laptop, simplifying device rollouts, upgrades, and troubleshooting.

The future of laptops

Thunderbolt 4 devices are already hitting the shelves, with more launches expected in 2021. Intel promises that some of these launches will include laptops built and designed on the Intel Evo platform.

Intel recently introduced their new Intel Evo platform which will be featured on a new line of premium laptops, promising to offer users an “exceptional mobile experience”. Intel has been working with popular PC manufacturers including Dell, HP, and Lenovo, to design these advanced laptops which will include 11th Gen Intel Core i5 or i7 mobile processors with Intel Iris X graphics. These new computers will feature Thunderbolt 4, improved responsiveness, and a longer battery life to take mobile computing to the next level in terms of performance and productivity. While few Intel Evo laptops are available on the market today, we can expect to see many more released in the coming months.

Maximizing the performance of Thunderbolt 4 with connectivity accessories

While laptops get thinner, especially those designed with Intel Evo, their I/O profile and port options continue to shrink, leading to a surge in demand for docking stations and device accessories.

Thunderbolt 4 accessories promise to offer simplicity, maximum performance, and reliability.  Thanks to the introduction of the Goshen Ridge JHL8440 chip, for the first time ever accessory manufacturers will have the option to launch Thunderbolt 4 docking stations with up to four downstream Thunderbolt ports. With previous versions of Thunderbolt only allowing for one downstream port, this introduces a new realm of possibilities for simplifying connectivity to your Thunderbolt host device. These four downstream ports will each support the many functions offered by the Thunderbolt protocol AND the USB4 protocol.  This means that a high speed PCIe SSD, 4K 60Hz display, or something simple like a device charge cable could be plugged interchangeably into any of these ports.

While Thunderbolt 4 (like Thunderbolt 3) still allows users the ability to daisy chain up to six devices from a single downstream port, these peripherals all need to be Thunderbolt to allow the cascaded connection. With docking stations that can offer up to four Thunderbolt 4 ports, designing your workstation solution has far more flexibility. Users will now have multiple ports to connect any Type C device to their dock and access the USB or Thunderbolt 4 performance capabilities they need.

Intel is also introducing new cables which will offer universal support for Thunderbolt 4 and USB4, further eliminating connectivity confusion. These cables will offer longer lengths while maintaining 40Gbps, not only for Thunderbolt 4 but also for USB4. This means more flexibility when laying out your workstation and connecting to your tech accessories.