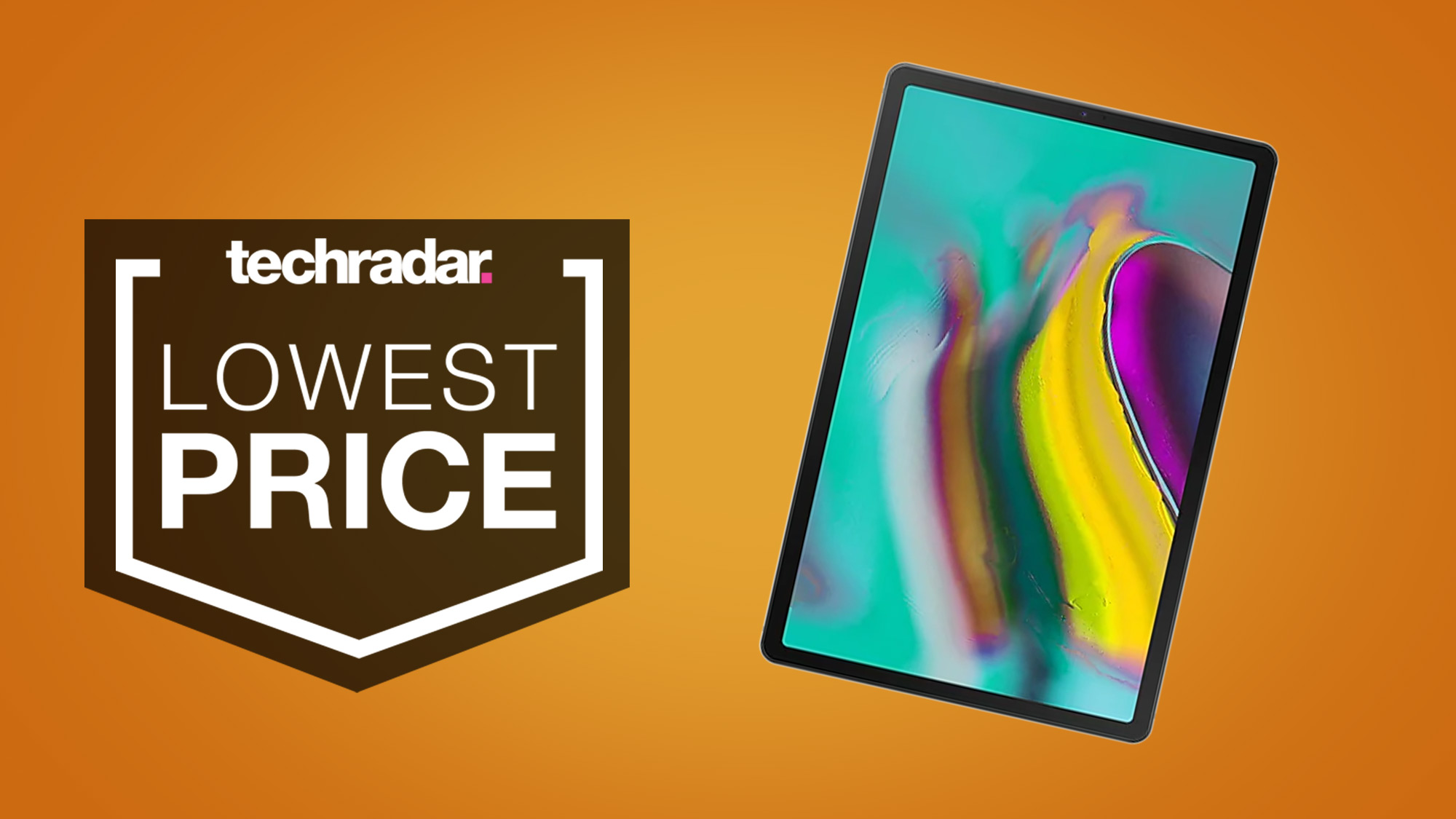 The 64GB Samsung Galaxy Tab S5e has just dropped down to Â£299 (was Â£379) at John Lewis in a return to a record low price. Plus, you're getting a three year guarantee here as well. However, you can also pick up an LTE model for just Â£349 (was Â£429) at Amazon - that's the cheapest the tablet has ever been, beating the previous record low by Â£5.

Despite its age (this is a 2019 release), the S5e still hasn't taken part in many Samsung Galaxy tablet deals even in 2021. We usually see the Wi-Fi model available for between Â£319 and Â£379, with that Â£429 RRP on the LTE device appearing as recently as this month.Â

What's more, there are plenty of reasons to pick up this device over an 8th generation iPad, which is currently available for Â£319 (was Â£329) at Amazon. While a year older, the Samsung model packs far more tech under the hood, with a faster processor, more storage (and the option to expand via microSDXC), a larger and more vibrant Super AMOLED display, and a lighter form factor to boot.

Not in the UK? Scroll down for more Samsung Galaxy tablet deals in your region.

Samsung Galaxy Tab S5e (WiFi): Â£299 at John Lewis
Save Â£80 - If you don't think you'll use the LTE functionality of the model above, you can save an extra Â£50 and pick up the Wi-Fi only model instead. That's a return to the lowest price we've ever seen on this device, and you're even getting a three year guarantee included as well.

Samsung Galaxy Tab S5e (LTE): Â£349 at Amazon
Save Â£80 - Amazon has just dropped the Samsung Galaxy Tab S5e down to a brand new record low price. The 10.5-inch tablet is now available for just Â£349, and considering we've seen it at full price in the last few weeks that's an excellent offer.

That Â£299 price point in today's Samsung Galaxy tablet deals does start to infringe on the 8th generation iPad's territory, however, while Samsung's model was released a year earlier than Apple's it still offers some key upgrades.Â

The biggest difference is that 10.5-inch Super AMOLED display which will offer far better contrast, deeper blacks, and more vibrant colours over Apple's 10.2-inch IPS LCD. Plus, you're getting 64GB of storage (expandable by microSDXC) in this entry level as well, compared to the 32GB you'll find in Apple's tablet, which can't be upgraded.Â

There's also a faster brain under the hood, with eight cores comprising the Snapdragon processor compared to Apple's four. A 13MP back camera and 8MP front camera leap over Apple's 8MP / 1.2MP configuration, and Samsung's 18W fast charging can be a lifesaver as well. Add the LTE compatibility in this particular offer and it's clear that those after a cheap tablet should steer away from Apple right now.

We're rounding up far more cheap Android tablets if you're looking to spend a little less, or if you're looking for a Windows experience check out the latest Surface Pro 7 deals. Of course, if you're sticking with Apple you can also find all the best cheap iPad deals as well.