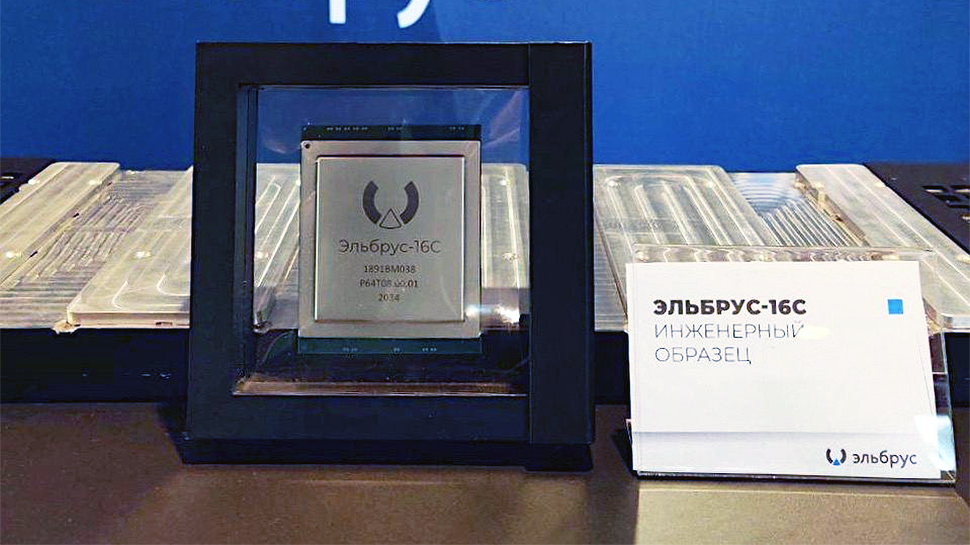 MCST, a developer of microprocessors and servers from Russia, has shown off its first 16-core CPU for the first time.

The Elbrus-16C system-on-chip makes another leap forward in terms of catching up with modern chips by AMD and Intel, but surprisingly the new server platform can beat AMD’s EPYC server platforms in one critical metrics: DRAM support.

The developer says that its 16-core processor will offer performance of 1.5 FP32 TFLOPS as well as 0.75 FP64 TFLOPS. In general, such performance levels can barely impress. For example, Nvidia’s A100 GPU can hit 19.5 FP32 TFLOPS and 9.7 FP64 TFLOPS, which is about 13 times higher when compared to the Elbrus-16C.

But MCST’s 16-core processor has two important features: it supports up to 4TB of memory per CPU and can work in 4-way SMP configurations. As a result, a quad-processor Elbrus-4C-based server can support up to 16TB of DDR4 memory. MCST does not disclose what kind of modules have to be used, but probably we are talking about 256GB RDIMMs or LRDIMMs.

By contrast, AMD’s EPYC platforms can feature up to 8TB of DRAM per box because the CPUs can only run in 2-way configurations.

There are applications that use large datasets and for which memory capacity matters a lot and this is where MCST’s Elbrus-16C 4-way platform might shine. Whether or not it will be able to beat some of existing server platforms is something that remains to be seen, but at least Russians will be able to build their own machines that can support 16TB per box.

MCST is currently evaluating samples of the Elbrus-16C processors — which can already run Elbrus Linux operating system — and expects to be ready to start mass production of the CPUs using a 16nm process technology sometimes in late 2021.