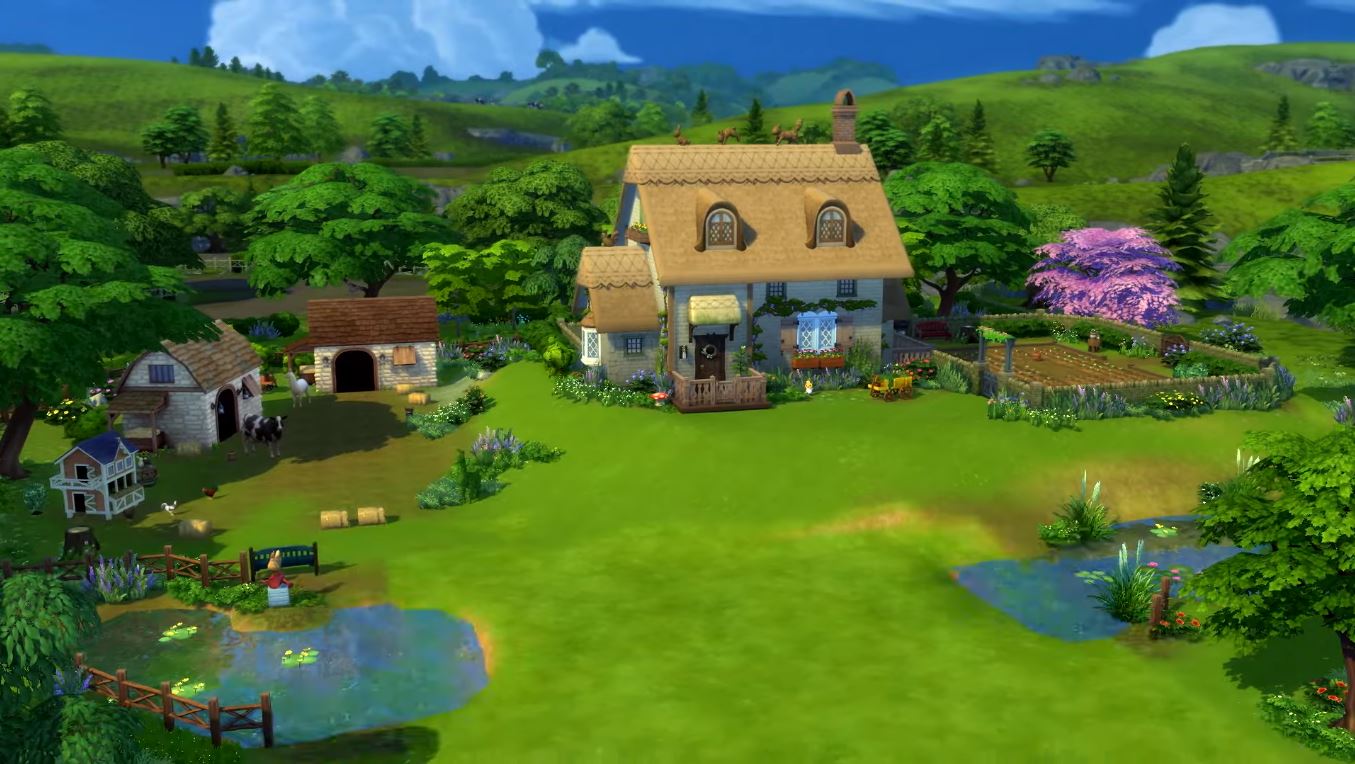 EA has revealed The Sims 4 Cottage Living, the latest expansion pack for The Sims 4, which is set to release in July.

The Sims 4 Cottage Living whisks Sims away to Henford-on-Bagley, a quaint countryside village, where players able to build the cottage of their dreams. But what we're most excited about is that this new expansion finally adds a feature Sims fans have been requesting for some time: farming.

The reveal trailer for Cottage Living shows Sims with their own plots of land, where they can tend to and grow vegetables. While this is something the series already allows, it looks like more vegetables will be available to grow – and at a bigger scale. The trailer shows Sims growing huge pumpkins that they can win awards for at a country fair. In addition, it looks like players will be able to farm chickens and cows too.

Not only will players be able to care for and farm their animals, they'll also be able to customize them. The trailer shows multicolor cows, chickens in top hats, and even bunnies and llamas in sweaters.

But it's worth keeping animals on your good side, especially the forest wildlife, who will bring you occasional gifts and help in the garden if you've earned their trust.

In addition, players will be able to pop down to the pub to cross-stitch or with a picnic basket to get to know the locals. Though it looks like the grumpy Mrs Crumplebottom is making a return in this expansion, a bitter NPC that we haven't seen since The Sims 3. No doubt she will be chastizing players at every chance.

The Sims 4 Cottage Living is available on July 22, 2021 for PC, Mac, Xbox One and PS4, with pre-orders available now.