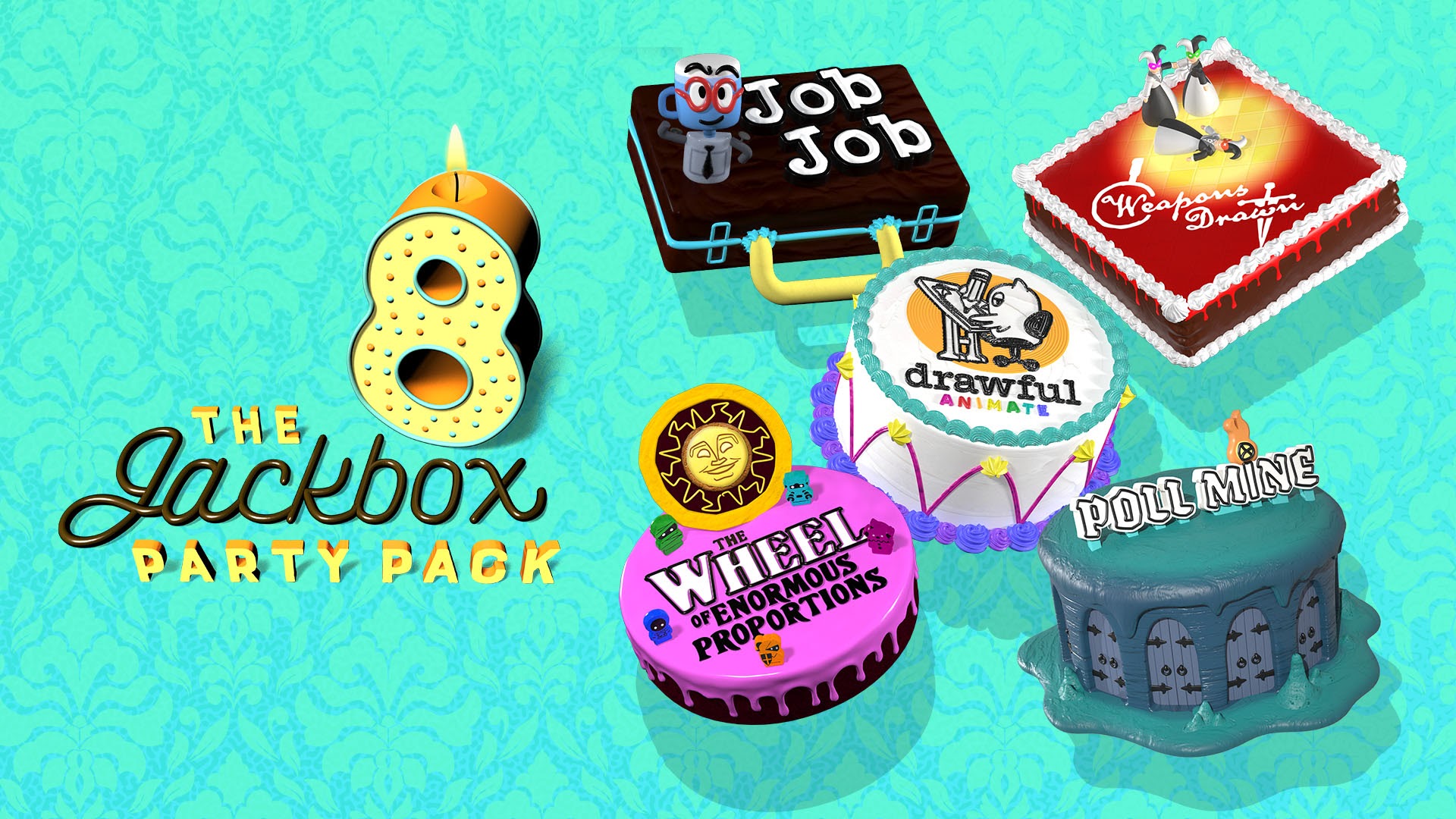 The Jackbox Party Pack 8 finally has a release date, with Jackbox's Games' newest fun-filled pack set to arrive next month.Â

The Jackbox Party Pack 8 will pack in five new games, including some revamped fan favorites, with all games allowing for up to 10 players. Here's which games are included:

If you want to give your game night a facelift, then Jackbox Party Packs are a perfect way to do so. Each pack includes a bunch of games that will have you and your family or friends in fits of laughter and, what's more, only one person needs to own the pack and you can play them remotely if you need to.

I personally found myself partaking in several remote games of The Jackbox Party Pack 3 with my friends in the middle of the pandemic, as it allowed us to shake up our Saturday night Zoom calls and to feel some resemblance of normality.

And it's not just friends that Jackbox games are suitable for. While the games can take a dark (and often dirty) turn, that really depends on who you're playing with. Jackbox Party Packs are perfect for those who want to shake up a family games night this Christmas, offering easy-to-pick-up games for the whole family.Â

However, it's worth noting that all Jackbox games are suggested for those aged teen and up, though a family-friendly setting can be activated to allow those aged 9 and up to play. You may also need to teach your grandma how to use a smartphone.