The best free screen recorders 2020: free software to capture all the action 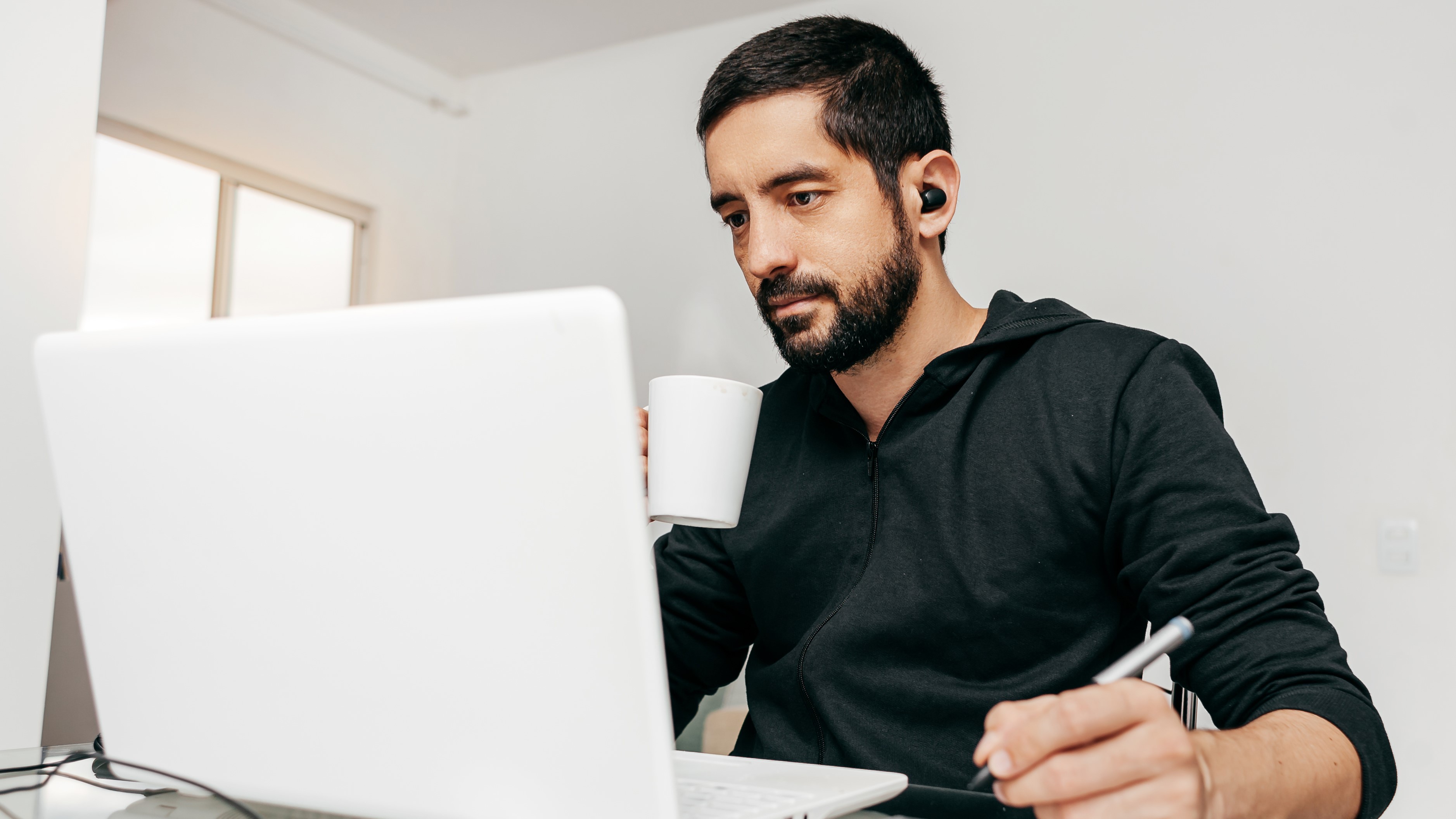 Free screen recorders have come a long way in recent years, and there are now some very impressive tools available that can capture everything that's happening on your screen completely free, and without any frustrating limitations.

The best free screen recorder is OBS Studio. A remarkable program with a feature set that rivals those of the more premium tools, it can not only record everything happening on your desktop, but also capture footage from your webcam and use it for picture-in-picture video, and even record audio from a microphone. It also gives you the option to save the results in a format of your choice, or stream them via the service of your choice.

Still, while OBS Studio is certainly an ideal choice for professionals and gamers alike, there are other capable options that are worth looking into. If you only need to capture a few minutes of footage, a more straightforward tool might be all you need.

So, we've rounded up the very best free screen recorders for all projects and levels of experience. Whether you're making a software tutorial for your YouTube channel, recording a Let's Play video, or capturing a video call, there's something here that'll fit the bill.

The best free screen recorder right now is: Flashback Pro
Flashback Pro offers a much more comprehensive set of tools than the free Flashback Express version listed below, including the ability to edit video and audio frame by frame, add picture-in-picture video and annotations.Â It's not free like the options below, but if you need something for professional use on a regular basis then it might be worth the investment.View Deal

The best free screen recorders at a glance

The best screen recorder for any software, including games

If you’re a keen gamer, OBS Studio is easily the best free screen recorder for you. Unlike the hugely popular FRAPS (which only lets you record for 30 seconds at a stretch unless you’ve bought a license, and applies a watermark to the resulting footage), OBS Studio is open source, and completely free to use without restrictions.

OBS Studio supports both streaming and recording in high definition, with no restrictions on the number or length of your creations. You can stream live to Twitch or YouTube gaming, save projects and come back to them later, or encode your footage in FLV format and save it locally.

Because OBS Studio can record directly from your graphics card, it’s able to capture games running in full-screen mode (many other screen recorders can only record if the game is windowed), with customizable hotkeys to control the recording. OBS Studio can also make full use of multi-core CPUs for improved performance, and can record at 60FPS (or even higher).

It might take a little while to set it up exactly how you want, but OBS Studio is by far the best and most powerful screen recorder for gamers.

Ideal for recording games and capturing footage from a webcam

OBS Studio is our favorite free screen recorder, but Flashback Express comes an extremely close second. Despite being a free version of a paid program, FlashBack Express won't put ugly watermarks over your recordings or impose time limits, and it's packed with features and tools that rival many premium programs. Its interface is less intimidating than OBS Studio, so if you've never used a screen recorder before, it's an excellent choice.

You can record from your whole screen, a window, a selected area, or a webcam. Once you’ve finished, your recording will appear in a simple editor, where you can crop and trim it to suit your needs, then export it to YouTube, an FTP server, or your PC.

That’s all fairly standard fare for a free screen recorder, but take a minute to dive into Flashback’s advanced options and you’ll find a wealth of thoughtfully designed settings that will make your desktop recordings look truly professional. The recorder can automatically obscure passwords entered on screen, replace your silly wallpaper with a plain one, hide messy desktop icons, and highlight your mouse pointer to make it easier to follow. There's also a dedicated gaming mode that lets you define the number of frames recorded per second.

There’s no limit on the length of your recordings unless you choose to set one, which can be useful if there’s a chance you might accidentally leave the recorder running. You can also choose to break long recordings up into chunks – a brilliant touch that helps you avoid creating huge, unwieldy files. Your recordings won’t be watermarked, either.

Following a recent update, Flashback Express can export in WMV, AVI and MP4 formats, eliminating the need for a separate video converter, and it no longer requires a free license key for activation – just install the software and you're ready to start recording.

If you're thinking about upgrading to FlashBack Pro, Blueberry software is offering TechRadar readers an exclusive 25% discount.

An in-browser recorder more powerful than most desktop apps

If you want to record a presentation, software demonstration or tutorial, give Apowersoft Free Online Screen Recorder a try. This browser-based tool may not be suitable for games, but it’s the best free screen recorder for any other tasks.

The first time you use Apowersoft Free Online Screen Recorder, you'll be prompted to download a small launcher application. You'll then be provided with a control bar packed with more options than you'll find in most desktop screen recording software. You can capture footage from your desktop or a webcam, and record audio from your PC, microphone, both or neither.

You can record the whole screen, select an area manually or choose one of the preset resolutions – ideal if you’re recording a clip for YouTube, for example, and don’t want to use a separate video editor to resize it later.

Apowersoft Free Online Screen Recorder also offers customizable keyboard shortcuts for speed and convenience. You can choose whether or not to include the cursor in the recording and take your pick from a range of output formats including MP4, WMV, AVI, MOV and many more. You can even add annotations during the recording.

Once you’re done, you can save the recording as a video file or GIF, upload it directly to YouTube or Vimeo, or send it to Google Drive or Dropbox. You can also edit the clip. Selecting this option will download an additional component – Apowersoft Video Editor – which lets you make simple adjustments before exporting your video in your preferred format. A truly exceptional tool.

Note that the 'Download desktop version' button links to a program called Apowersoft Screen Recorder Pro. This is a trial version of a premium application, and is more limited than Online Screen Recorder.

Capable of recording from screens, IP cameras and webcams

Debut Video Capture is a new addition to our roundup of free screen recorders, and although its slightly dated design does it few favors, it's an extremely powerful program that can do much more than just capture what's happening on your PC monitor.

In addition to basic screen recording (with no time limits or watermarks), Debut Video Capture can also record footage from external devices, including webcams and security cameras. It can even record on a regular schedule, which means it can become the main hub of a home security system. Not too shabby for a program that's totally free for personal use.

There are no post-production editing tools, but you can apply filters and add your own captions and watermarks before you begin recording. There's no option for exporting videos directly to YouTube or Facebook, but they can be saved in all the main formats, including MP4, MOV and AVI (to name just three).

Debut Video Capture is currently in public beta, so we look forward to seeing the final release version with a lick of extra polish soon.

ShareX is an open source app for capturing still screen grabs and recording videos. There are no watermarks or time limits to worry about, but the interface isn't the most intuitive in the world so you’ll be best off using keyboard shortcuts. For quick reference, you can start a recording by tapping Shift + Print Screen, and stop it again using Ctrl + Shift + Print Screen.

You can also use this free screen recorder to save your capture as a GIF rather than a video file, which can be extremely useful for sharing on forums and social media.

Not only is ShareX among the best free screen recorders, but it can also capture an entire scrolling webpage, capture and identify text via OCR, and even capture your screen according to a schedule.

Another of its best features is the ability to send your captured grabs and videos straight to a file-sharing or social media site. There’s a vast array of options, which you can check out on the project’s site.

Unfortunately, ShareX doesn’t support taking screen grabs or recordings from games running in full-screen mode. Other than that, it’s a superb screen recorder that will serve you extremely well.

A browser-based free screen recorder with a lot to offer

Screencast-O-Matic is another browser-based free screen recorder, and a very capable one at that. Recordings are limited to 15 minutes in length, but you can record as many clips as you like, zoom while recording, trim your recorded clips, add captions, save them to your desktop, YouTube or the cloud, share a video link, or add one of 30 royalty-free music tracks

Hit ‘Start recording for free’, followed by ‘Launch free recorder’. As with Apowersoft Free Online Screen Recorder, you’ll be prompted to download and install a small web launcher, after which the screen recorder will launch. Prepare your screen and adjust the size of the recording window to suit your needs (it can record the whole screen or just a selected area), then hit the red button. You can capture audio from your PC or a microphone, and record footage from your screen, a webcam or both.

Upgrading to a Deluxe account gives you extra features including scripted recordings, drawing and annotations, a video editor, and (perhaps most usefully) the ability to generate captions automatically with text-to-speech. That’s an impressive set of tools for $1.65 (about £1, AU$2.50) per month, but the free version of Screencast-O-Matic has a lot to offer as well.

The only real downside is that your recordings will be watermarked unless you upgrade, but if that’s not an issue then this free screen recorder is well worth a look.