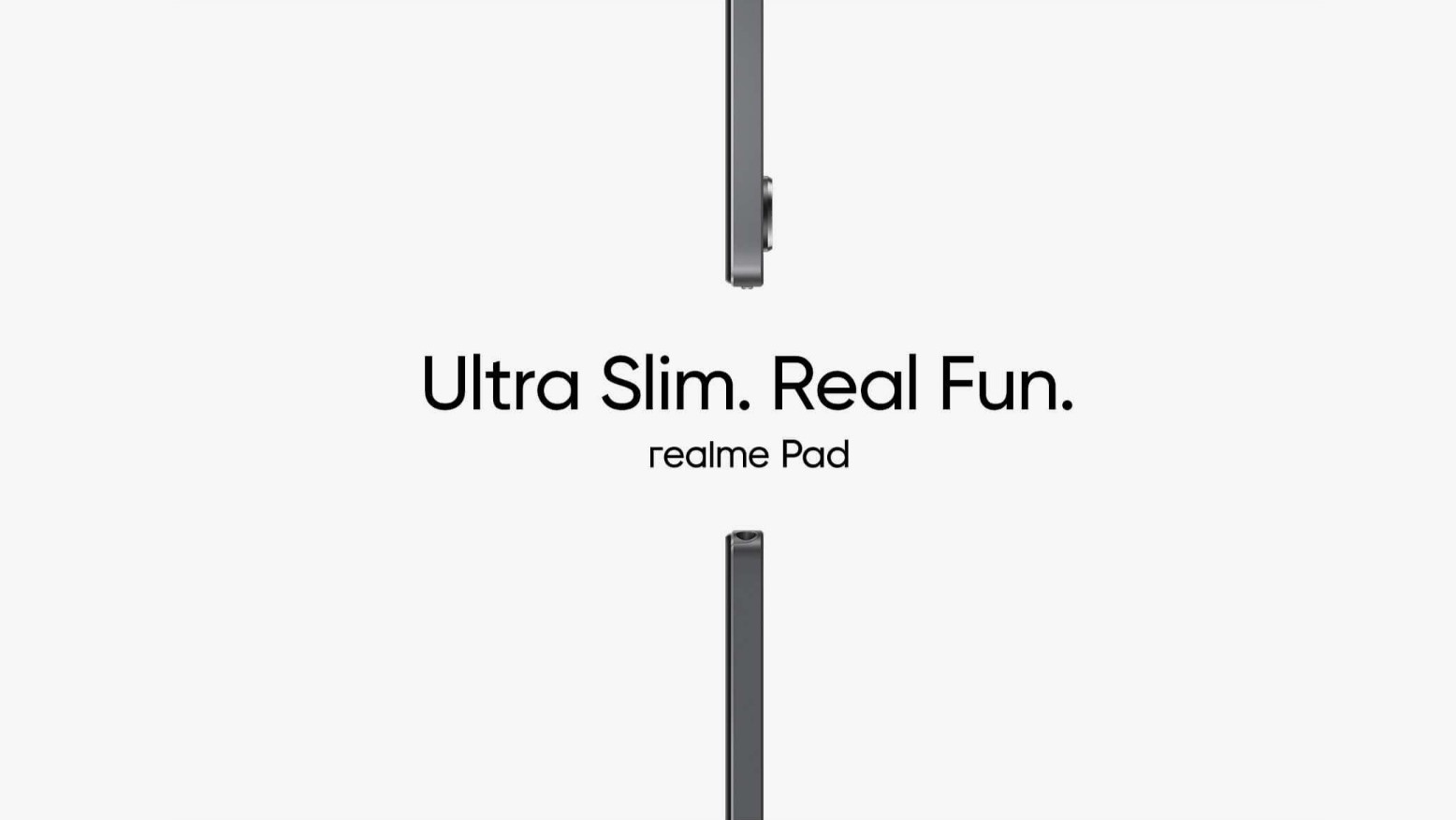 Realme Pad, the companyâ€™s first tablet has been launched in India today. With this launch, the company has entered a new space in India after entering the laptop space with Realme Book Slim recently. Some key features of Realme Pad include a 10.4-inch display, MediaTek Helio G80 processor, up to 4GB RAM and LTE connectivity option.Â

The Realme Pad was unveiled at a virtual event today along with Realme 8i, Realme 8s, and two new Bluetooth speakers. The Realme Pad is priced under Rs 20,000 in India and will rival Samsung and Lenovo budget tablets.Â

The Realme Pad will go on sale starting September xx on Flipkart. It comes in Real Gold and Real Grey colour options. As for the launch offers, you can avail up to Rs 2,000 off with HDFC bank cards.Â

Check out Realme Pad on Flipkart

In terms of build, the Realme Pad is made up of an aluminium body which gives a metallic feel. It is just 6.9mm thick and weighs 440 grams.Â

The big display is also complemented by a Dolby Atmos powered quad-speaker setup - two on top, two on the bottom. It also supports Hi-Res audio and adaptive surround sound. The tablet is powered by MediaTek Helio G80 chipset which is based on a 12nm process and runs at 2GHz clock speed. There is a Mali G52 GPU for handling gaming and graphics on the tablet. The Realme Pad comes with up to 4GB RAM and 64GB storage along with Wi-Fi only and Wi-Fi + LTE options.Â

The Realme Pad runs off a 7,100mAh battery which comes with 18W fast charging via Type-C port and it supports reverses charging too. Realme rates the tab can last up to 12 hours with video playback on YouTube. In terms of cameras, you get an 8MP shooter on both sides. The selfie camera is present on top of the screen while you hold in landscape mode ä¸€ which makes it convenient for online classes and meetings.Â

As for the software, the Realme Pad runs on a clean version of Realme UI which comes with fewer apps than the usual Realme UI on phones. Realme says this is close to stock Android. It also comes with Google's Kids space app. Other features include a 3.5mm headphone jack, dual mic, AIoT unlock, Google fast pair, kids mode, and hybrid SIM slot, smart connect feature.Â Notably, the Realme Pad misses out on the fingerprint scanner.

The Realme Cobble Bluetooth speaker comes with a 5W dynamic bass boost driver along with a dedicated bass radiator. It has a built-in 1,500mAh battery which can last up to 9 hours. You get the Realme link app and offer three audio presets ä¸€ Dynamic, Bass, and Bright.Â

The Realme Cobble Bluetooth speaker is priced at Rs 1,799 and will go on sale starting September 15 on Flipkart.Â

It is priced at Rs 1,099 and will go on sale starting September 15 on Flipkart. It comes in Desert White and Classic Black colour options.Â