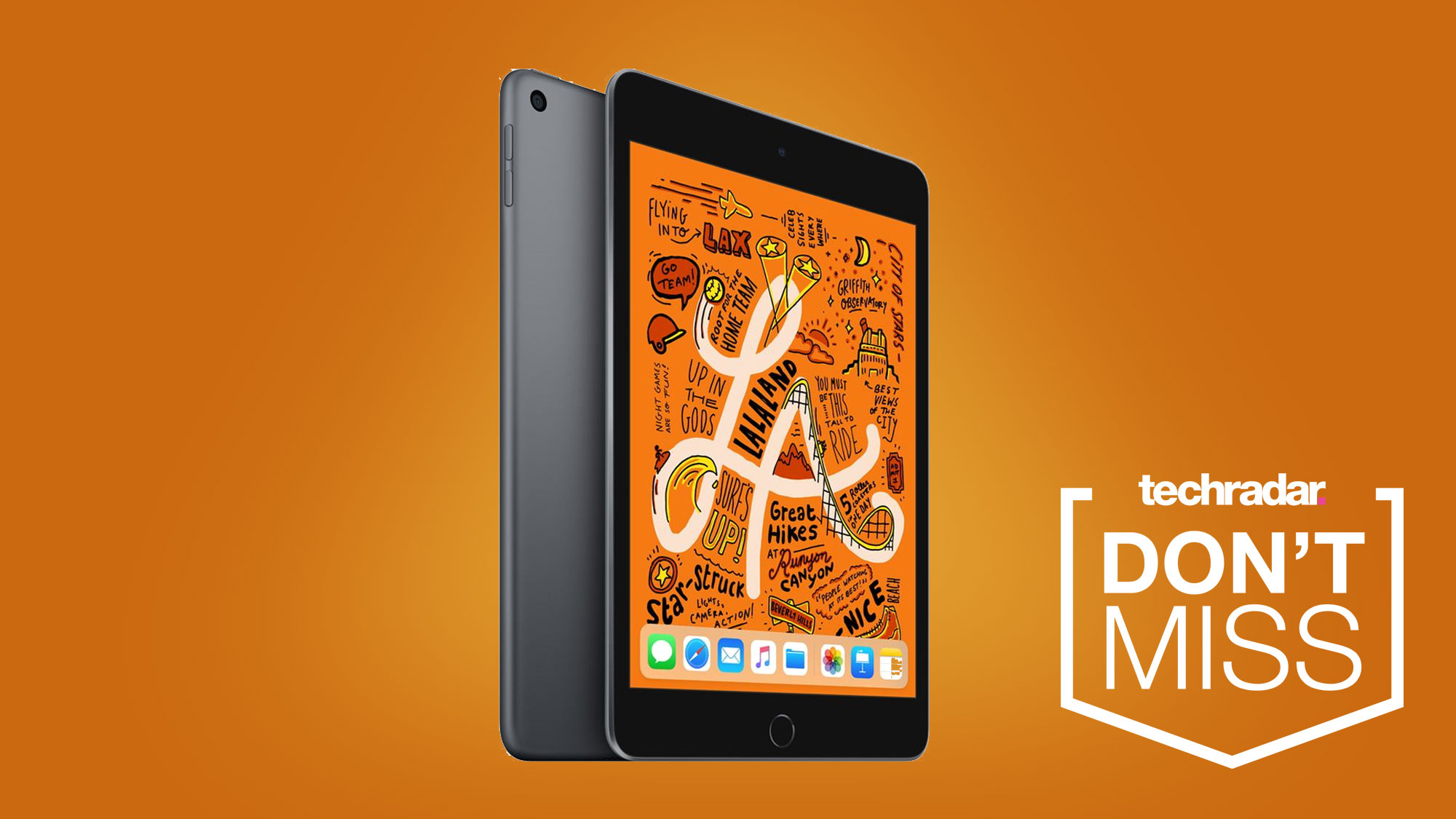 The Cyber Monday iPad deals are ending thick and fast, with Walmart's deals mostly over, and Amazon repeatedly running out of stock on the top models. But at Best Buy a deal on the iPad Mini (2019) is still live, for an unspecified amount of time.

So if you were meant to look for a new iPad in the Cyber Monday deals but totally forgot, you can make the most of this last-minute sale and pick up Apple's smallest-size iPad for $100 off.

Not in the US? Scroll down for prices in your region.

We're not saying there aren't any other Cyber Monday iPad deals still out there, but it can be hard to reliably find a model on discount at the various retailers. So we'd recommend picking up the below iPad Mini if you don't have your eyes on a particular model.

iPad Mini (2019) - 64GB: $299.99 at Best Buy (save $100)
Apple doesn't make a mini iPad very often, and the mini 5 is a good mix of the latest tablet tech in a much more portable form factor. It's great if you've got a child in the house and also supports Apple Pencil. With a discount this hefty, it's likely to be one of the winners of Cyber Monday already.
View Deal

iPad Mini (2019) - 256GB (Wi-Fi /cellular): $449.99 at Best Buy (save $100)
Want the iPad Mini with a little bit of mobile data on board as well? This is the best option around right now, as others are sold out - but we advise really thinking about whether you want that extra connection, as it adds a premium.
View Deal

The 2019-model iPad Mini is the newest entry to Apple's small-size tablet line, with a size sitting between a large iPhone and the entry-level iPad.

This iPad is easily totable, and it'll easy fit in a bag or even a big pocket, without taking up too much space. Despite its little form factor, the tablet has pretty good specs for its price.

In our iPad Mini (2019) review we praised the tablet's size, its compatibility with the Apple Pencil 1, and its surprisingly powerful specs, while criticized its antiquated design and relatively high price for its specs.

Our final rating was four stars out of five, but many if this Cyber Monday deal was around to reduce the price further, we would have given it an even higher rating.

If you're not in the US, you can check out iPad Mini deals and prices in your region below: