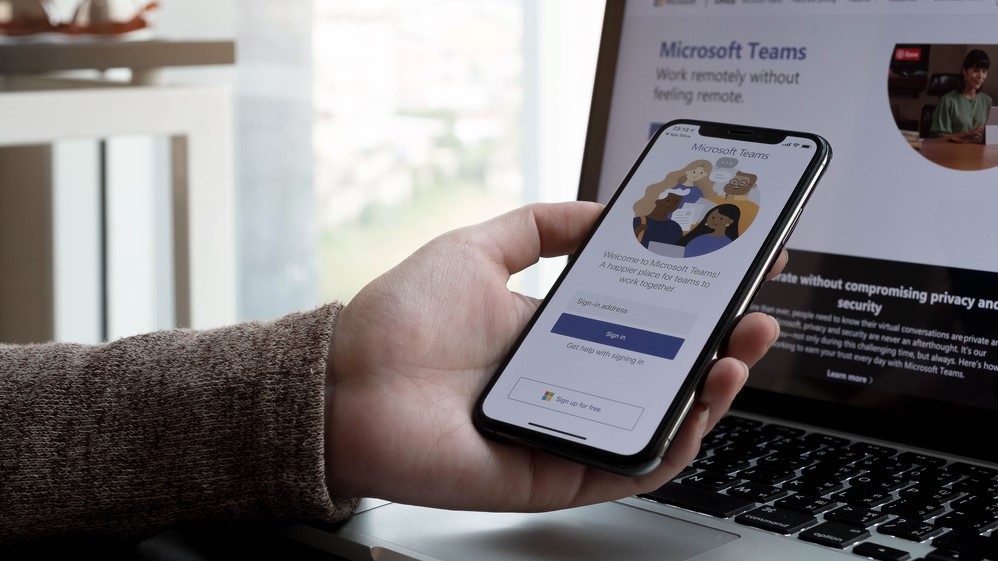 The wait is finally over as Microsoft has announced that its walkie talkie feature in Microsoft Teams is now generally available.

The feature, which was first announced two years ago and has been in preview ever since, lets users of the software giant's video conferencing software use their smartphone or tablet as a walkie talkie that can work over both a cellular or wireless connection.Â

While Teams' walkie talkie functionality will work on any Android smartphone by pressing and holding down an on-screen button when speaking and releasing the button to listen, it's even more useful on rugged smartphones. This is because many rugged smartphones like the Samsung Galaxy XCover 5 have a customizable button that can be mapped to Teams' walkie talkie feature so that workers won't have to unlock their phones to access push-to-talk functionality.

Teams users can now test out Microsoft's walkie talkie feature for themselves on their Android smartphones and tablets but the company has also gone ahead and brought this functionality to the Teams app for iOS.

In addition to highlighting how Teams' walkie talkie feature can be used on Samsung's rugged smartphones, Microsoft has also announced an expansion of its strategic partnership with Zebra Technologies in a new blog post.

As a result, Teams' walkie talkie feature is now generally available on a wide range of Zebra mobile devices including its rugged TC-series, customer-facing EC-series and its scanning device the MC-series. However, what sets these devices apart from others is the fact that they have a dedicated push-to-talk button so that frontline workers can instantly and securely communicate with their teams with the push of a button.

â€œThis functionality, built natively into Teams, reduces the number of devices employees must carry, and lowers costs for IT. Unlike analog devices with unsecure networks, customers no longer have to worry about crosstalk or eavesdropping from outsiders. And since Walkie Talkie functions over Wi-Fi or cellular data, this capability can be used across geographic locations.â€