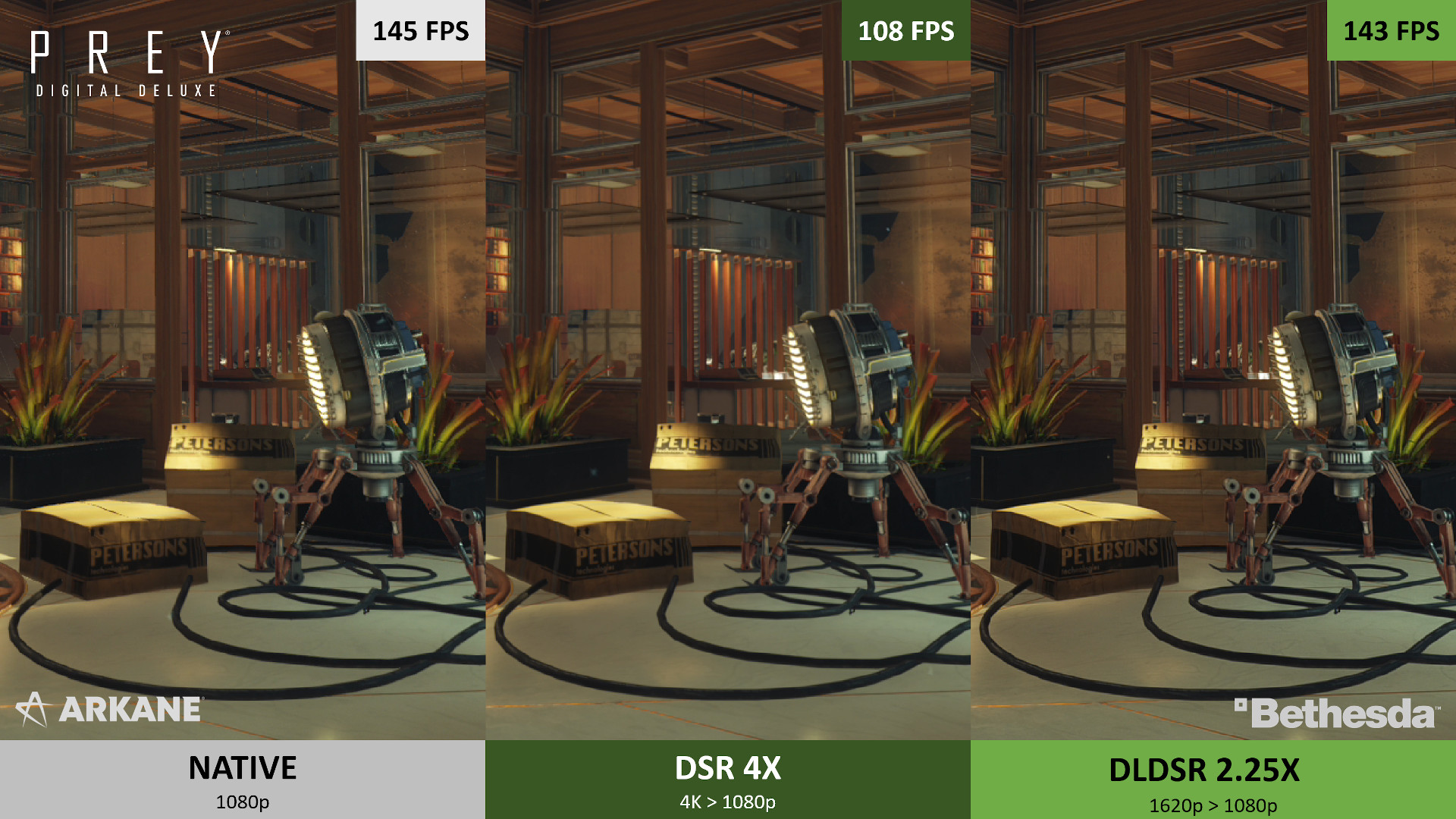 Nvidia has a new trick for its GeForce RTX graphics cards to help further improve the visual quality of games with only a (hopefully) minor performance hit.

This is a downscaling tech (as opposed to DLSS which engages in upscaling), so that means DLDSR takes a game and renders it at a higher resolution, then intelligently shrinks it back down to the resolution your monitor is running at â€“ preserving some of the extra detail in the process, and providing smoother edges (fewer jaggies) while reducing unpleasant artifacts like shimmering.

This is what DSR has always done â€“ since it was introduced a good while back with GeForce 900 Series GPUs â€“ but the difference now is adding AI fine-tuning to make the results better (with RTX cards that have the requisite Tensor cores).

Nvidia claims: â€œDLDSR improves upon DSR by adding an AI network that requires fewer input pixels, making the image quality of DLDSR 2.25X comparable to that of DSR 4X, but with higher performance. DLDSR works in most games on GeForce RTX GPUs, thanks to their Tensor Cores.â€

Furthermore, Nvidia said it has also got together with ReShade author and modder Pascal Gilcher to release three advanced Freestyle filters in GeForce Experience, one of which will be SSRTGI (or the â€˜Ray Tracing ReShade Filterâ€™) that improves both lighting and shadow effects to make them more realistic. The broad contention is that using both DLDSR and SSRTGI, you can expect whatâ€™s effectively a â€˜remasteredâ€™ version of a game (with Prey graphics shown as an example).

As well as delivering DLDSR, Team Greenâ€™s new driver will also provide optimization and DLSS support for God of War (as well as Nvidia Reflex support), the PC version of which launches on January 14, the same day as the driver. The same DLSS and Reflex support is being brought to Rainbow Six Extraction ahead of its January 20 release, too.

Analysis: This all sounds great, but performance levels will be key

DLDSR sounds like a big step forward for DSR, certainly if how well Nvidia has managed to implement and improve its AI-powered DLSS is anything to go by (although it took time and version 2.0 to really nail DLSS, of course).

The strength with this new feature is that unlike DLSS, games donâ€™t need to be programmed to use it â€“ as Nvidia puts it, â€˜most gamesâ€™ will just work with DLDSR to give them a nice visual boost.

That means PC gamers with a beefy graphics card playing games on a 1440p monitor, for example, will be able to turn on DLDSR, and itâ€™ll render at 4K, then downscale back to native resolution, preserving some nice additional details on top of the default 1440p image. In short, this puts the extra power of their GPU (as it were) to good use to achieve higher image quality at that 1440p resolution, effectively taking a step up towards 4K with hopefully not much of a performance hit (thatâ€™s a key aspect, obviously).

Nvidia makes it clear that DLDSR will be much better than DSR in terms of performance, but we actually need to see this tech in action before we can judge it properly, naturally.