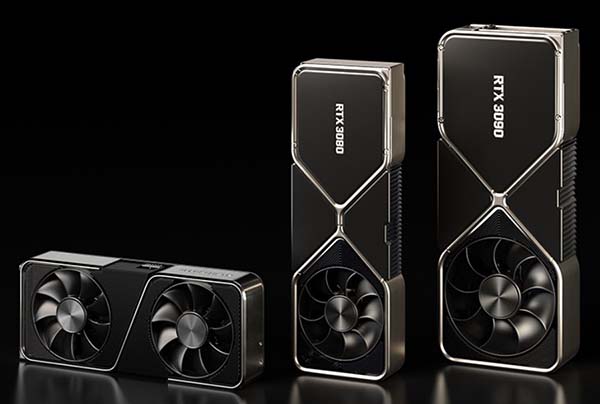 Nvidia’s RTX 3000 graphics cards, including the RTX 3080, may not be around in decent quantities until later than we hoped next year – possibly not until February 2021, maybe even sliding towards March, going by the latest comments from one of the company’s execs.

As you may be aware – and you’ll definitely have heard if you’re following the story around the stock of Ampere GPUs – Nvidia’s CEO Jensen Huang had previously said that stock shortages will continue until 2021.

That statement left us hopeful that January would see inventory levels of RTX 3000 products beefing up considerably, but that may not be the case, at least according to Nvidia’s CFO Colette Kress.

On a Q3 earnings call earlier this week, according to Seeking Alpha’s transcript, Kress said that “given industry-wide capacity constraints and long cycle times, it may take a few more months for product availability [of RTX 3000 GPUs] to catch up with demand.”

A ‘few’ more months would seem to indicate that it might be three (rather than just a couple), so if we skip forward from mid-November, now, we’re looking at a February date for stock to get better, or possibly even later in that month.

Of course, even Nvidia’s execs can only play a guessing game as to exactly how this is going to pan out, but the latest comment from Kress appears to be preparing us for the stock situation not getting better as soon as we thought (not January, in other words).

It’s a difficult situation for Nvidia, of course, with CEO Huang further underlining current problems with supply chains in terms of manufacturing GPUs: “We are in a good shape and all of our supply informs our guidance, but we would appreciate shorter cycle times – we would appreciate more agile supply chains. But, the world is constrained at the moment. And so, we just have to make the best of it. But, even in that condition, all of that is building for our guidance, and we expect to grow.”

Perhaps the real problem is that while AMD’s freshly launched Big Navi graphics cards have faltered over similar stock problems, Nvidia’s rival may ease its own inventory woes in a much earlier timeframe – quite possibly in December, at least according to the GPU grapevine.

If that is the case, regardless of any talk of which are the top performing and best value new graphics cards, if RX 6000 models are the only ones actually available to buy in any real quantity, then obviously these will be the ones selling, not Ampere.