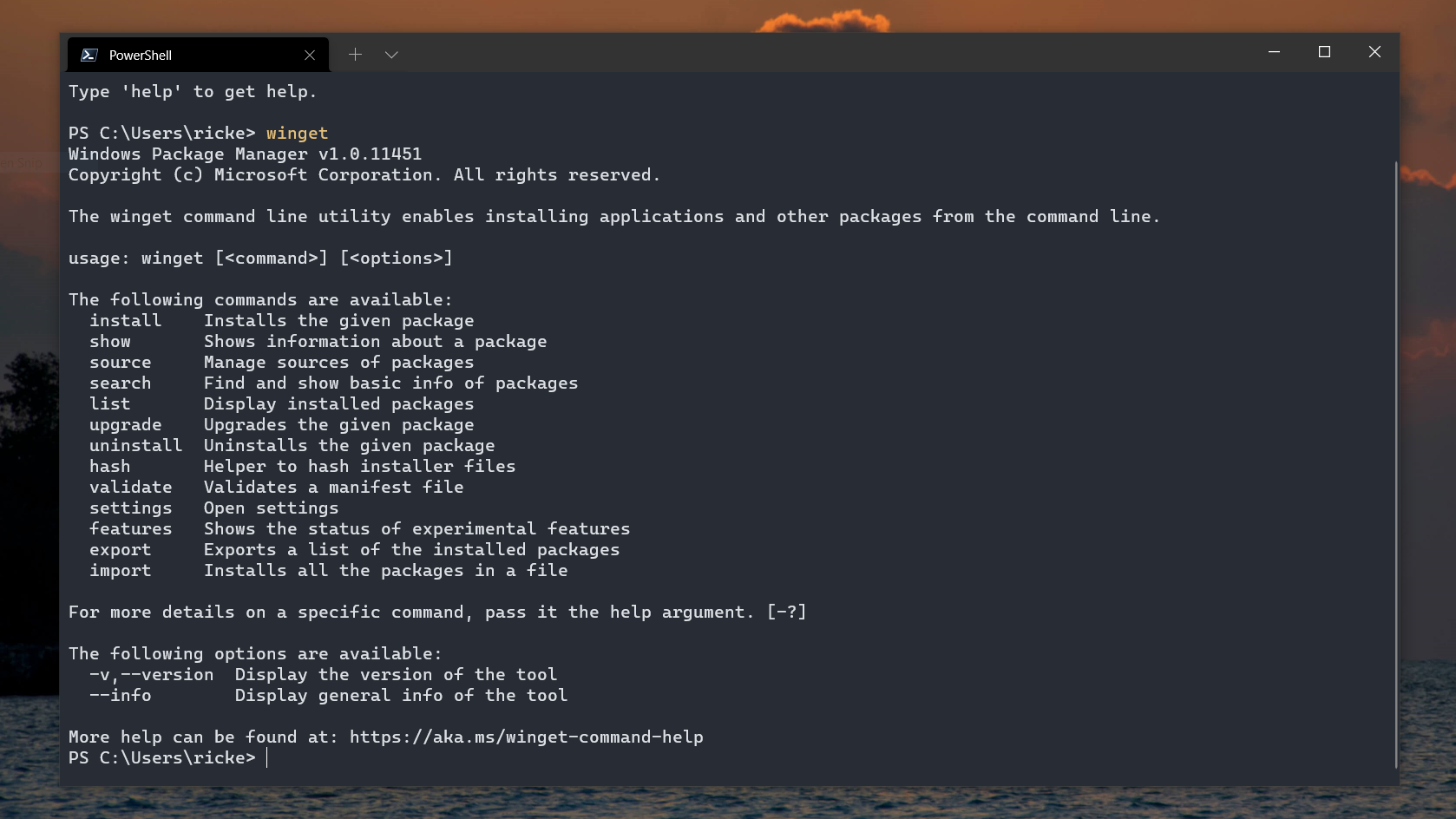 Microsoft has announced that version 1.1 of Windows Package Manager is now available on Windows 10 and the recently launched Windows 11.

The command-line tool, which is also known as Winget, exited beta with its official release back in May at Microsoft Build 2021. Over the last few months, the software giant's developers have been busy making improvements and adding new features to Windows Package Manager.

While the new update is rolling automatically via the Microsoft Store, developers that haven't received it yet have several ways to install it on their workstations. Windows Package Manager is distributed with the App Installer from the Microsoft Store but users can also download and get it from GitHub or even directly install the latest available released version.

According to a new blog post from Microsoft, more than 2,600 packages are available in the Windows Package Manager app repository. To see all of the available packages, users can open a terminal window and run â€œwinget searchâ€.

Private app repositories, which were announced with the release of version 1.0, are also available and Microsoft has even established a source agreement that users must accept to use them.Â

At the same time, the latest release of Windows Package Manager is highly customizable and developers can run â€œwinget settingsâ€ to customize the client experience. This allows them to change things such as the color of the progress bar, install behavior, telemetry, scope and more.

Package managers have long been a staple of Linux distros and have existed on Windows through third-party options such as Choclately. Now though, Microsoft has built this functionality directly into its operating system to make things easier for developers.