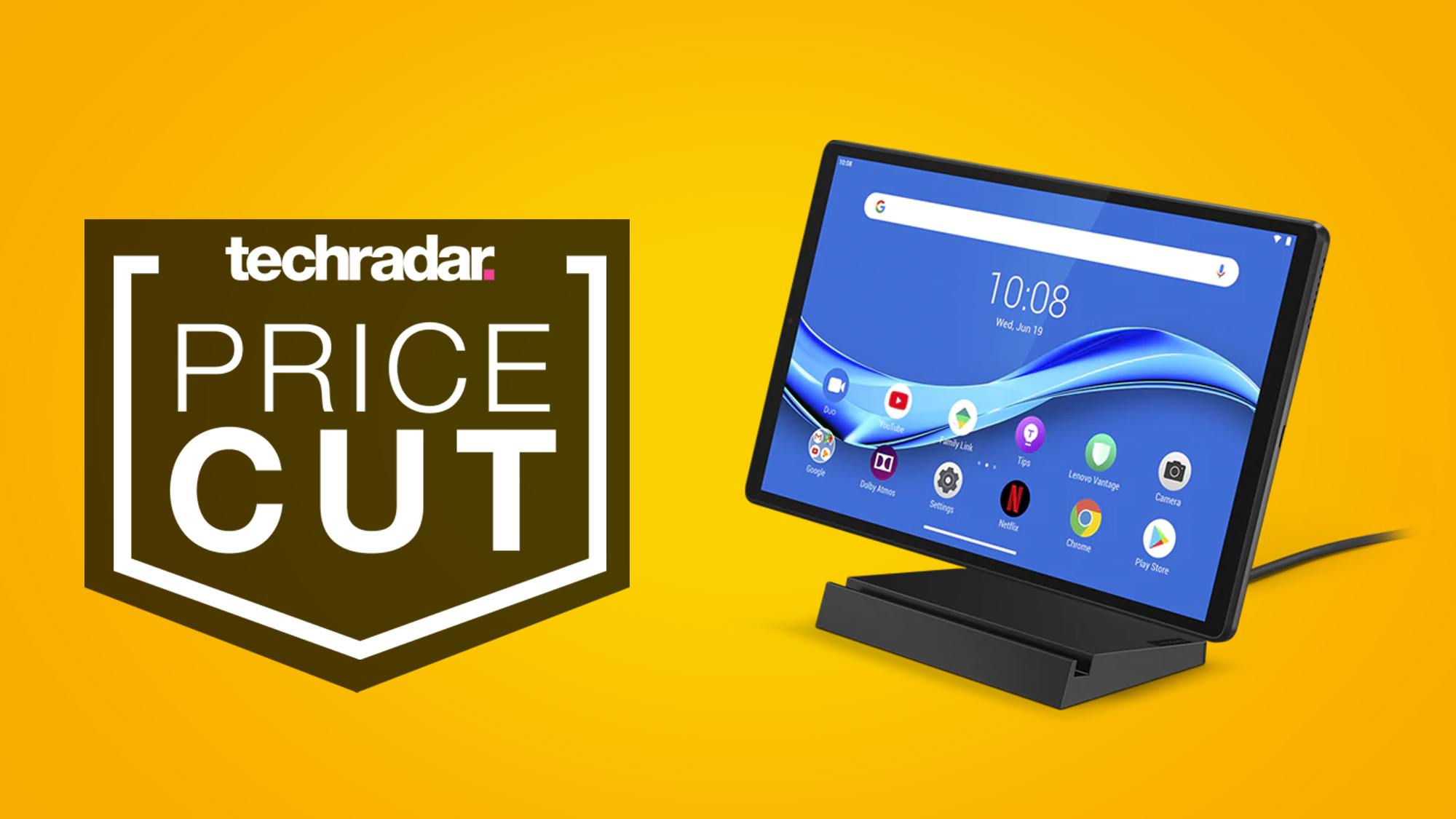 Lenovo tablet deals regularly offer an alternative to Samsung's affordable Galaxy Tab A offerings. However, this week they're taking an even bigger lead, with the Lenovo Tab M10 Plus offering a massive 128GB of storage space for just £149.99 down from £179.99.

That's an excellent price considering Samsung's models start at these prices with just 32GB under the hood. You're also doubling your RAM to 4GB with Lenovo's device, grabbing a slightly larger 10.3-inch screen (Samsung's Tab A maxes out at 10.1-inches) and an extra microphone for crystal clear video calls as well.

Availability is also on Lenovo's side here, with Samsung Galaxy Tab A deals on the WiFi 10-inch model running a little low in stock right now. So, if you're after a cheap tablet with plenty of space and even extra functionality courtesy of the charging dock, you'll want to check out the offers below.

Not in the UK? You'll find more tablet deals further down the page.

Lenovo Tab M10 Plus (128GB): Â£149.99 at Lenovo
Save Â£30 on the Lenovo Tab M10 Plus this week at Lenovo direct. There's an impressive 128GB of storage space in here - excellent value for such a cheap tablet - as well as 4GB RAM, a MediaTek Helio P22T processor and a year warranty as well.
View Deal

Lenovo Tab M10 Plus (64GB) | Smart Charging Station: Â£199.99 at Lenovo
You can drop down to 64GB of storage and pick up a smart charging station for Â£199.99 this week as well. That extra accessory both charges your device and instantly turns it into a large smart display as well. You'll find the 128GB model available in this bundle for Â£229.99.View Deal

If you're after a little more power for productivity or heavier creative apps like the Adobe suite, you'll want to take a look at tablet deals a little further up the price range. Samsung Galaxy tablet deals can offer some excellent value, or you can check out the latest iPad deals for the full Apple experience - you'll find some particularly cheap iPad Mini prices available as well.