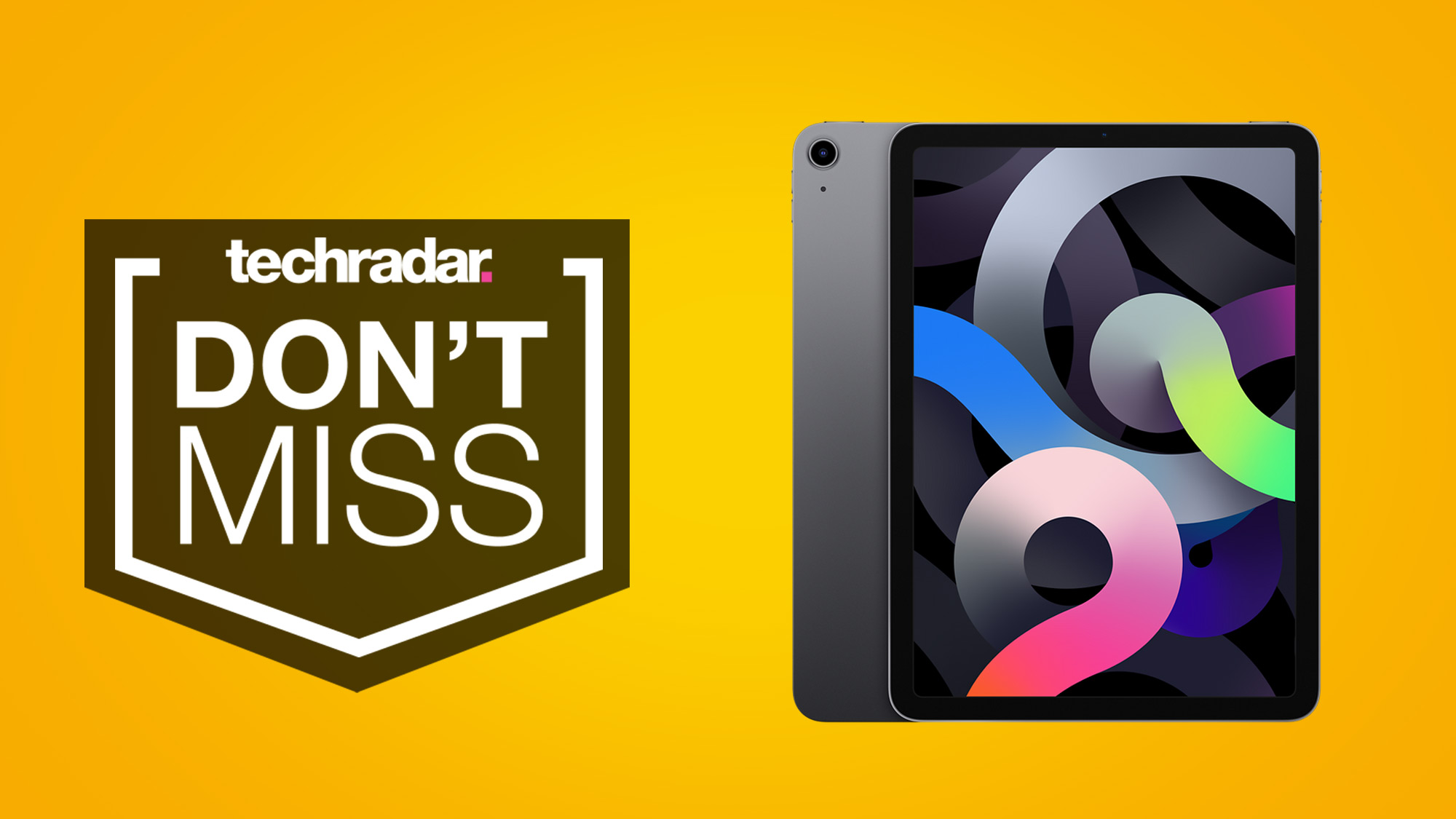 We haven't seen too many iPad deals hitting the new iPad Air so far, however a new wave of discounts at Currys is offering some excellent prices on the powerful new tablet this week.

We were previously seeing a £549 price tag on these iPad Air deals, however those discounts ran out very quickly. You'll still find the Gold model available at this price, but you'll be jumping back up a little to £556 for the rest of this week's iPad deals.

That's still a stunning price, offering £23 off the rarely discount recent release. These iPad Air deals are moving fast, though, so we wouldn't hold off much longer if you want to save some cash.

You'll find these offers available at both Amazon and Currys right now. However, we'd recommend heading to Currys first as it seems Amazon is already running low on stock in certain colours.

If you think you'll need more space under the hood, however, you'll also find a £39 discount on the 256GB Sky Blue and Gold models, bringing the final price down to £689.97 at Currys.

It's true, these aren't massive savings on the face of it. However, iPad deals rarely see discounts much larger than this so close to launch (or even years after release in the case of cheaper devices). That makes this a rare chance to save some cash on premium devices that are seldom included in tablet deals at all.

Not in the UK? Scroll down for more iPad deals in your region.

iPad Air 4 (64GB) - Gold: Â£549.78 at Currys
You'll need to move fast to secure this Â£30 discount on the brand new iPad Air 4. We've seen other colours rapidly jumping up in price over the last day, and this model is the only Â£549 iPad deal currently still on the shelves. That's a record low price on the very latest iPad to hit the market, so it's easy to see why this offer has been so popular.

This offer is also available at Amazon

iPad Air 4 (256GB): Â£689.97 at Currys
The Sky Blue and Gold 256GB iPad Airs are available for just Â£689.97 right now. That's perfect if you think you'll need extra storage under the hood - for media editing or more creative Adobe pursuits, for example. Other colours are also on sale right now, though the Silver and Grey versions are up for Â£699.97 instead.

The iPad Air bridges the gap between more entry level Apple tablets and the power of the iPad Pro. That makes it an excellent choice for those looking to replace a laptop with a more flexible device that still offers high performance computing.

If, however, you'd prefer to be running Windows, this week's Surface Pro deals might be better suited, but you'll also find plenty of Android Samsung tablet deals up for grabs as well.