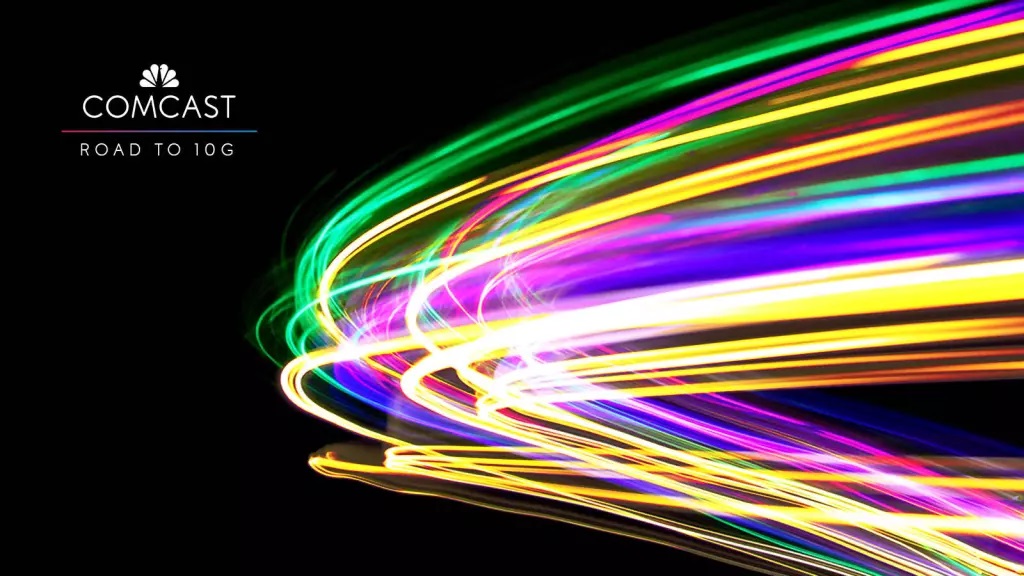 Thereâ€™s something in the air in Louisville, Colorado -- or more specifically, in the wires. Humming along miles of networking cabling, zipping through signal repeaters: Itâ€™s the future of the Internet.

On Thursday morning at the home of CableLabs -- which bills itself as â€œthe leading innovation and R&D lab for the cable industryâ€ -- network engineers and representatives from some of the countryâ€™s top internet providers came together to showcase some of the fastest speeds theyâ€™ve ever transmitted: 8Gbps downloads and 5Gpbs uploads, using the worldâ€™s only DOCSIS 4.0 modem and a series of networking technologies that CableLabs calls 10G.

â€œBesides the people in the labs, nobody has seen this,â€ said Curtis Knittle, CableLabs vice president of wired technology.

In a closed showroom before a handful of people, engineers and tech experts showed off a demo seemingly worthy of a high-school AV club: gobs of networking cable linking a unique, handmade modem via a series of amplifiers and repeaters. It was a showcase for 10G, the next great leap for broadband internet access, and the blazing, 10-fold increase in speeds promised to homes across America.

Crucially, 10G promises dramatically faster speeds across existing hardware. While you probably subscribe to a 300Mbps or 600Mbps service through your cable provider, your modem can do better - but only so far. Existing connections max out at a theoretical 1.5Gbps. 10G tech will amp it up, and engineers wonâ€™t need to dig up the street near you to boost your broadband. In theory, anyway, although the cable companies themselves will need to install an updated amplifier or two along the way to your house and you may need a new modem.

â€œThe pace of 10G innovation is only accelerating, and Internet users around the world will reap the benefits.â€

When asked, none of the company representatives were willing to state a timeline for release of new DOCSIS 4.0 modems or the 10G service, but thatâ€™s to be expected: The tech was being shown off for the first time. It's likely years down the road. So what is it exactly?

Knittle from CableLabs called 10G a â€œholistic umbrellaâ€ -- more than just a new modem or better coax cable. Thereâ€™s DOCSIS 4.0, a new standard for the cable modem. DOCSIS 3 and its 3.1 evolution have been growing and changing for over a decade; TechRadar wrote about its promise back in 2010. DOCSIS 4.0 or full-duplex DOCSIS was officially released in 2017, but good luck finding a modem or a carrier to support it yet.

The 4.0 spec brings those blazing speeds, most notably the upload. Youâ€™ve probably noticed that your upload speeds are dramatically slower than your download speeds, and itâ€™s not just your computer. 4.0 doesnâ€™t quite bring parity, but it will significantly increase the theoretical maximums to 6Gbps, by sending uploads and downloads along the same spectrum within the fiber optic cables.

10G technology also brings new technologies to boost reliability and security, CableLabs says, and decreases the latency in connections, which should facilitate gaming, interactive AR (that metaverse thing everyoneâ€™s talking about), and other internet activities that rely on precision.