Argos gone! The catalogue that made me love tech will soon cease to exist 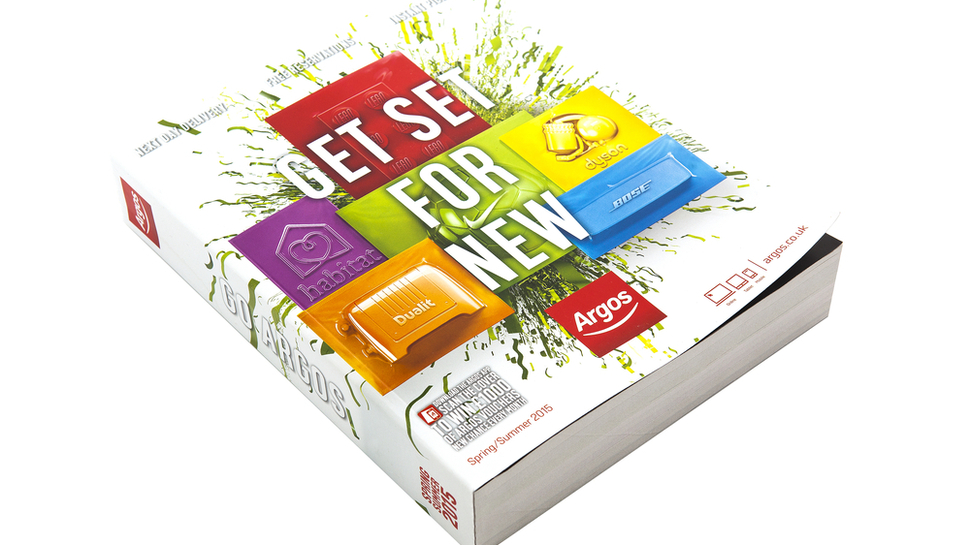 News that British retailer Argos will stop printing its iconic catalogue was trending on Twitter earlier today, with a number of different publications professing their sadness. The Guardian even did a retrospective - something usually reserved for deceased celebrities and proof that this unique British institution was very much part of our life.

More than a billion copies of the Argos catalogue have been printed since 1973 and its appearance in local stores, every three months, was always in sync with the four seasons. You could almost hear the jingle bells and the scent of mulled wine in the autumn edition.

The catalogue's arrival in households across the land marked the beginning of mass consumerization and has influenced the lives of millions, allowing them to discover the latest toys, new gadgets and much more. The Book of Dreams, as it was nicknamed, became a printed memory box - a paper time capsule that illustrated the societal fabric of the year and the closest thing to a pre-Google Zeitgeist.

Argos came into my life in the late 1980s through a relative that brought the catalogue from abroad as a gift. I vividly remember being in the midst of a bout of fever, not in the best of shape and probably bored to death by the lack of entertainment.

As a young boy living thousand of miles from British shores, the arrival of this bible of capitalism brought some joy to my life and, well, changed my destiny.

The power of paper

Through the Argos catalogue, I discovered the allure of brands and the nascent world of computers (hello Amstrad, Commodore, Atari, Amiga and Spectrum). This set me on a collision course with a company created a few years earlier in England by Chris Anderson, Future Publishing - a journey that would last nearly three decades.

Scrolling through Twitter today brought back many memories and emotions; there's something very personal and intimate about the catalogue - at least for me. That edition from 1987 was the only one I had for years and I cherished it like a childhood memento.

Pre-internet, it was the only way of rapidly distributing product descriptions and pricing to the masses. Circling products to add to your wishlist, knowing catalogue numbers by heart and using bookmarks to save favorite pages became accepted ways of buying without seeing first.

The glossy pages of the catalogue, intricate colour photography and succinct descriptions, meanwhile, informed the efforts of other retailers everywhere, even online. Argos deals themselves launched on the website back in 1998 (according to the Wayback Machine).

At the peak of its success, Argos published 10 million copies of each edition - that’s billions of pages (and probably tens of thousands of trees) - but the writing was already on the wall when e-commerce started to grow.

In hindsight, it is extraordinary that Argos (now owned by Sainsburys) still managed to print four million copies of the catalogue in its last, pre-pandemic edition.

To have managed to withstand the threat posed by online retail for as long as it did is a credit to the catalogue's quality - and for it to disappear when so many retro products are now making a comeback is perhaps well-timed.

For nostalgists, old copies of the catalogue are available from Archive.org