Android App streaming on Windows 10 rolling out for non-insiders 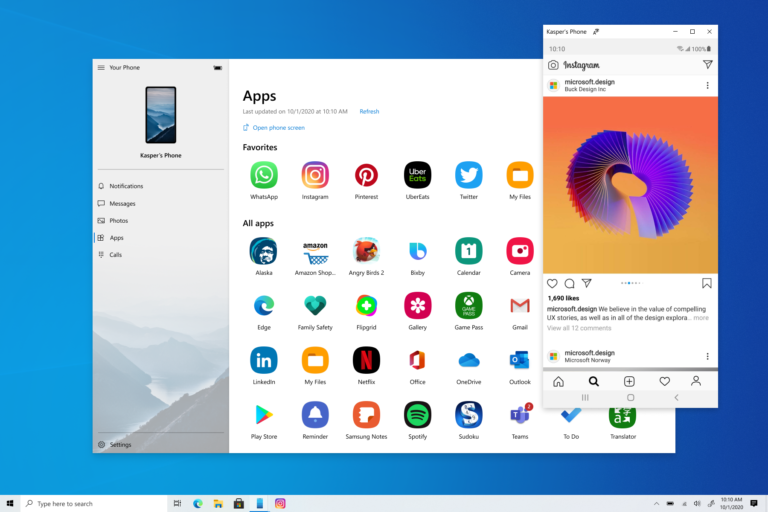 Microsoft has worked towards the seamless integration of Android apps with the Windows 10 operating system. Now the company has announced that Surface Duo users or those operating specific Samsung smartphones will be able to run Android apps on their Windows devices with the help of the 'Your Phone App'.

Earlier, this feature was available only to a certain set of users who were on the Windows 10 Insiders in the Dev ring on Build 20185. However, Microsoft has now revealed that it is being rolled out of beta for non-insiders.

The newest #YourPhone feature: Apps, has started rolling out further. So some of you may see your Phone screen entry switch over to Apps (even if you're not a Windows Insider). Available on select Android devices https://t.co/2p00jSOkwn #FeatureFriday pic.twitter.com/bWArDMvBWwAugust 14, 2020

Once connected, users will be able to see all the apps installed on their phones and can launch these applications directly on their PC. Thanks to this feature even the unread notifications of each app will be available on the PC.

While Microsoft will make this feature available to all Android smartphones by the end of the year, however, it will also need the smartphone makers to work closely with the company  to implement this feature on their devices. Currently it is limited to a select few Samsung smartphones and the Surface Duo. These brands and the models of such phones are listed below:

Though there are numerous ways to run Android applications on your windows device, like using an emulator, however, with Windows integration will not only make it a seamless experience but will be faster as well when compared to emulators.